Will 'Yeye' start for Highlands against former side SuperSport in the final? 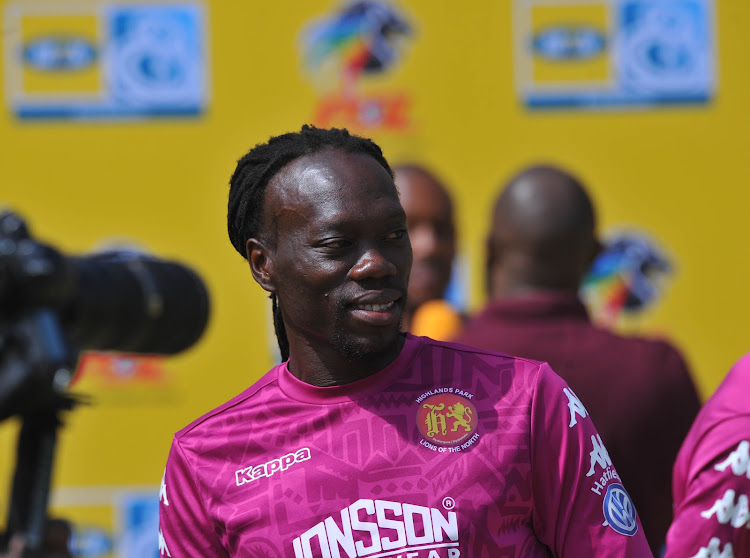 Highlands Park coach Owen da Gama has kept his cards close to his chest in the build up to Saturday's MTN8 final against Supersport United and has kept fans guessing whether veteran midfielder Reneilwe Letsholonyane will face his employers or not.

Da Gama has resisted all attempts to figure out his likely selection‚ only saying that Yeye‚ who won this cup with SuperSport in 2017‚ was in the team he will select his starters from.

“No… Yeye is part of the squad‚” responded Da Gama when quizzed about the former Bafana Bafana midfielder’s chances to start on Saturday.

“But obviously I cannot say at this stage (whether he will start or not).

“We’ve got to keep our cards close to our chest as close as possible. I cannot say whether he will start or play‚ but he’s definitely part of the team.”

Da Gama went on to shed light on the kind of character the 37-year-old is‚ describing the player he signed towards the end of last month as well groomed.

“I think Yeye has been… I don’t how he left SuperSport‚ but what we know he is a very humble boy‚” said Da Gama.

“He’s such a good human being‚ good natured.

"You can see this boy has been brought up very well. He’s very‚ very experienced‚ but as I say humble.”

Da Gama added that as a team they did enough home work on SuperSport to be too worried about Saturday’s encounter which will see the winners pocketing R8m.

“Yes look‚ we’ve played twice against SuperSport last season and it’s more or less the same team apart from (Thamsanqa) Gabuza who has come in‚" he said.

“So our analyst has done a fantastic job in trying to analyse them and trying to understand better where their strength and weaknesses lie.

“But also with the insight from Yeye‚ he knows SuperSport a little bit more than us from the inside.

“But it’s mainly from a tactical perspective that he’s helped us a lot.

“The bulk of it comes from the analyst.

"We spend a lot of time trying to understand how SuperSport play. As I said it’s not the first time we are playing against SuperSport.”

But Da Gama admitted that the experience of players like Letsholonyane and Zimbabwean striker Tendai Ndoro has been key to his preparation for Saturday’s final.

“You know these are players (Letsholonyane and Ndoro) with BMT‚ big match temperament‚” he said.

“The Ndoros and Letsholonyanes they have really assisted us big time.

"They add so much value and it also rubs off onto the young players.

“They motivate them and put them on the level that they’ve been in before.

"So they are very‚ very important and form the integral part in what we’ve achieved so far.”