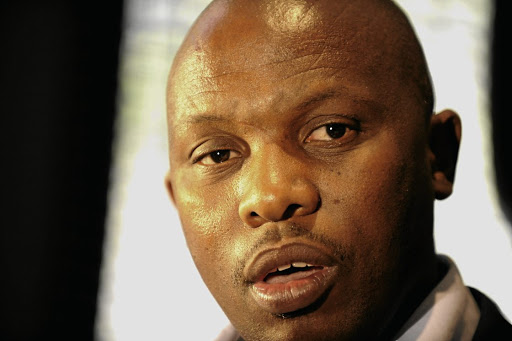 Football fans should show their true love for the beautiful game by coming in big numbers to Orlando Stadium, where SuperSport United and Highlands Park will battle it out for the MTN8 final.

United's executive communications director David "Mazolman" Skosana pleaded with soccer lovers to support the Pretoria-based Matsatsantsa a Pitori and Tembisa club the Lions of the North on Saturday.

"We urge religious soccer lovers from Soweto to come in big numbers and show their support. It's not about where two clubs are based, but about the beautiful game.

"SuperSport and Highlands Park do not command support in Soweto, but we are hopeful that the love of football will reign supreme."

The Lions of the North are making their debut in this cup competition, while United - who also won it in 2004 under Pitso Mosimane - are familiar with the cup.

Skosana said: "We have already made history by winning this cup twice but why not a third one?"

He said victory will enable Kaitano Tembo to grow as a coach: "Victory will also make our chairman Khulu Sibiya proud; he's been supportive for the past 25 years," said Skosana.

He acknowledged the successes of Highlands Park coach Owen da Gama. "He's won cups with his previous clubs and guided Highlands Park to the final, but I maintain that we are cup specialists and we have the pedigree," he said.

Highlands and SuperSport have met on four occasions, all in the league. SuperSport lead the head-to-head 2-1, with a single draw, though Highlands did win the last encounter after claiming a 2-0 success on the final day of last season.

SuperSport United skipper Dean Furman admits that it will be difficult to break down the defensively astute Highlands Park, who are yet to concede in ...
Sport
2 years ago

Highlands Park goalkeeper Thela Ngobeni hopes the MTN8 final against SuperSport United does not go to penalties, with a foreboding that his ...
Sport
2 years ago