Highlands can get high on big crowd, Aaron Mokoena says 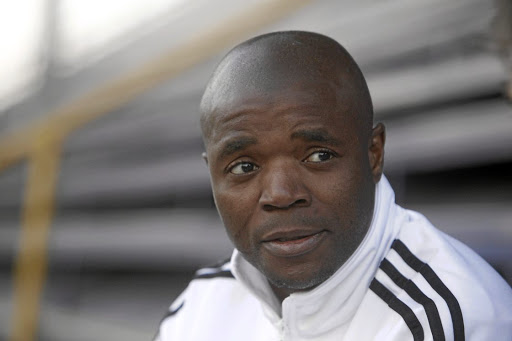 Big crowds motivate underdogs, but it also depends on the character of individual players from that team that is making its first appearance on a big stage.

That is how Aaron "Mbazo" Mokoena summed up what could be the case when Highlands Park face SuperSport in the MTN8 final at Orlando Stadium tomorrow.

Mokoena, who made his debut for Blackburn Rovers in an Football Association (FA) Cup match against Cardiff City in front of a big crowd in 2005, views the whole scenario differently.

"I know how it feels but that could motivate them," said Mokoena, whose biggest appearance was in the final of the FA Cup at Wembley. "That stage fright could be too much for Highlands, that's when Reneilwe Letsholonyane and Tendai Ndoro's experience will come in handy."

Mokoena said he too suffered a bout of nerves when he played his first game for Bafana against Congo, but Lucas Radebe reminded him that his abilities earned him a spot in the squad.

'It is a hostile situation‚' says Siphiwe Tshabalala

Siphiwe Tshabalala knows all too well the cauldron atmosphere of facing Egypt in Cairo‚ but believes the current Bafana Bafana can use it to their ...
Sport
2 years ago

No Safa role for legendary player.
Sport
3 years ago
Next Article