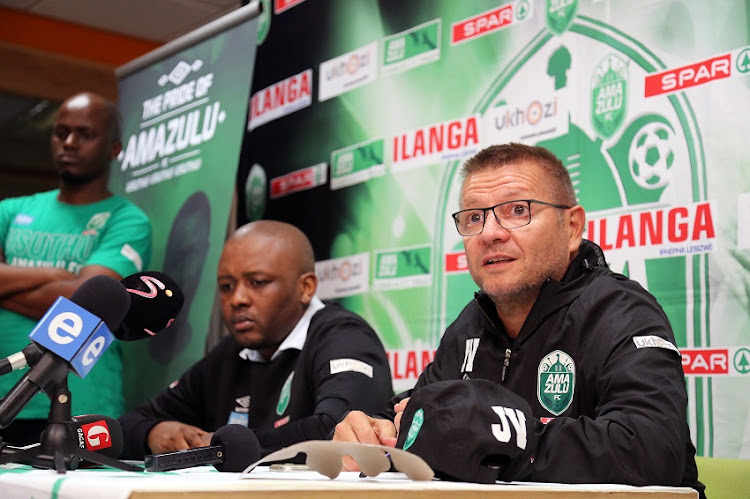 Ordinarily a new coach would not relish making his debut in a match against Kaizer Chiefs but AmaZulu mentor Jozef Vukusic is likely licking his lips at the prospect.

The Slovakian replaced Cavin Johnson last week and is set for a first match in charge of the Durban outfit when they host AmaKhosi in their Heritage Day fixture on Tuesday afternoon. Kicks off at 3pm in Umlazi.

The 55-year-old will face Chiefs for the fourth time since arriving in SA and has an exemplary record against the Naturena-based outfit.

Vukusic took charge of FC Cape Town in the National First Division in 2010 and within months helped the second tier side to an upset win over Chiefs in the Nedbank Cup where a youthful Lyle Lakay scored the opening goal for the outsiders.

The game was played at Botshabelo Stadium in Bloemfontein and is ranked as one of the great cup upsets.

Last season while at Polokwane City‚ Vukusic was Chiefs’ nemesis again as ‘Rise and Shine’ beat them at the Moses Mabhida Stadium when they were forced to host the game behind closed doors as punishment for previous rioting.

In the return match at the Peter Mokaba Stadium in February‚ Chiefs had an early penalty converted by Daniel Cardoso but Walter Musona equalised within six minutes and the spoils were eventually shared.

“I am grateful to be here in a big soccer city.

"It is a good challenge to work in this league‚” Vukusic told reporters at his unveiling last week.

“The target is to play attractive football. I am happy with the squad and players. I know the statistics have not been good and the target is to turn that around.

“I know the team from the outside but it’s important to learn about it from the inside. My work starts immediately.

“My hope is that every day‚ every session‚ the players improve and results will surely come.”