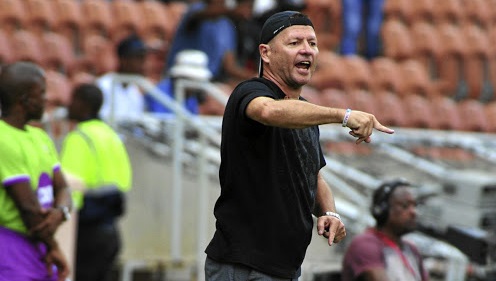 As the underperforming AmaZulu prepare to take on the in-form Kaizer Chiefs, they will be pinning their hopes on new coach Jozef Vukusic to see them through against Amakhosi.

Vukusic is set to face the Glamour Boys in his first game for Usuthu since his appointment last week.

AmaZulu have not won a match in eight games since April when they beat SuperSport United 2-0.

Vukusic has a solid record against Chiefs from his time with Polokwane City.

The Slovakian has not lost to them after a win and a draw last season.

But the coach acknowledges that his record with the opposition will count for little at King Zwelithini Stadium in Durban tomorrow (3pm).

"That is history [his record against Chiefs]. It will be my first game and I will try to prepare the team for the opponent," he said.

"AmaZulu last won a game in April and we are in September now. I hope that we find a way to get the results.

"We have three tough games coming before we go for a long break where we can work systematically.

"I know Chiefs and have watched them this season. I will collect some information from my technical staff and analyst and prepare the team in this short space of time."

There is uncertainty about whether Vukusic will be on the bench as his work permit is being finalised.

"I think I will be there on Tuesday. We have done what is necessary for me to be there [on the bench]," he said.

Having led Rise and Shine to a fifth-place finish last season, Vukusic aims to at least secure a top-eight finish with Usuthu.

"The target is to play attractive football.