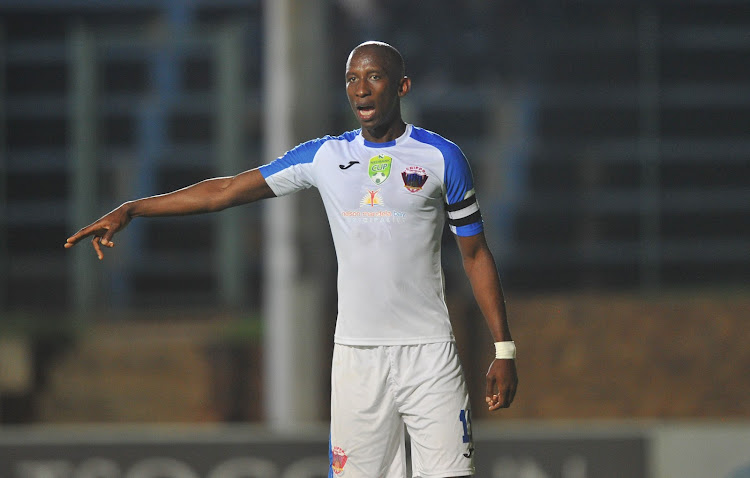 Mark Mayambela was released by Chippa United at the end of last season despite captaining the Port Elizabeth-based club.
Image: Sydney Mahlangu/ BackpagePix

A decision on whether Cape Town City will sign Mark Mayambela will be made by Monday after coach Benni McCarthy‚ who wants to add the player to his squad‚ meets with club chairman John Comitis.

Comitis returns from holiday at the weekend while City get back home on Sunday afternoon after their weekend’s Absa Premiership clash in Nelspruit against SuperSport United.

McCarthy is keen to add the 32-year-old Mayambela to his roster after an impressive week of training with the club‚ where he went on trial on Monday.

Mayambela‚ who has had a nomadic career across seven different clubs‚ was released at the end of last season by Chippa United.

His silky skills have earned him a legion of fans but poor fitness levels and inconsistent performances have seen him let go by the likes of Orlando Pirates‚ SuperSport and Ajax Cape Town.

But he does have the ability to produce the X-factor that McCarthy is looking for in his side.

McCarthy played alongside Mayambela at Pirates eight years ago.

Mayambela will add to a midfield where Travis Graham and Roland Putsche are making their way back to fitness.

Both were back training this week‚ although they did not travel on Friday for Saturday’s match against SuperSport at the Mbombela Stadium.

But they are expected be in contention to play in next weekend’s home match against Lamontville Golden Arrows.