Benni urges Erasmus to be consistent 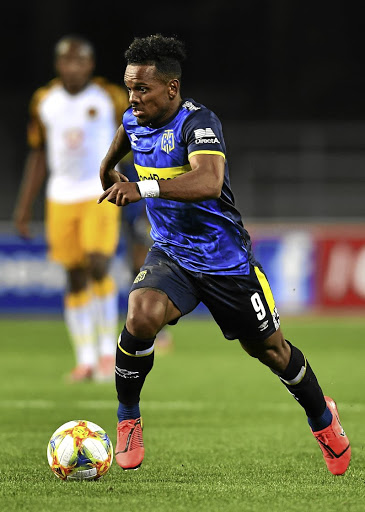 In the wake of Kermit Erasmus's recent call-up to Bafana Bafana, Cape Town City coach Benni McCarthy has challenged him to be on par with fellow national team strikers Percy Tau and Lebo Mothiba.

Having been omitted from the Africa Cup of Nations final squad that represented SA in Egypt last month, Erasmus has been recalled to Bafana for the side's international friendly away to Zambia on September 7.

"If you want to compete, be consistent . it's not like it's easy for him [Erasmus], he's up against Percy Tau, who scores goals for Club Brugge [in the Belgian top-flight], he's competing with Lebo Mothiba who is playing in the French league for Strasbourg and he's doing well,'' said McCarthy.

It was Erasmus' early strike, his second of the campaign, that put City in front against Kaizer Chiefs, but Amakhosi turned the tables to claim a 2-1 victory at a buzzing Newlands Stadium on Tuesday.

McCarthy subbed the 29-year-old striker in the 66th minute, a decision that seemed to have haunted City as they lost momentum.

Cape Town City scored early but Kaizer Chiefs made a strong statement about their potential this season as they came storming back to win 2-1 and ...
Sport
2 years ago

Many feel the Cape side lost the match the minute Erasmus left the pitch.

While the Bafana all-time top scorer didn't specify why he withdrew the on-form Erasmus, he instead showered the striker with mild praises, cautioning him to improve his goal conversion rate, perhaps a hint that he substituted him because of missing some opportunities.

"You can see Kermit, hardworking, his movements have been amazing.

"He's getting back to his best, but I think he also needs to be more consistent because as a striker, there'll be games where you do not get opportunities,'' said the City coach.

"That's how life is, but when you get a game where you get three or four chances, score three or four because that's what the best players in the world do."