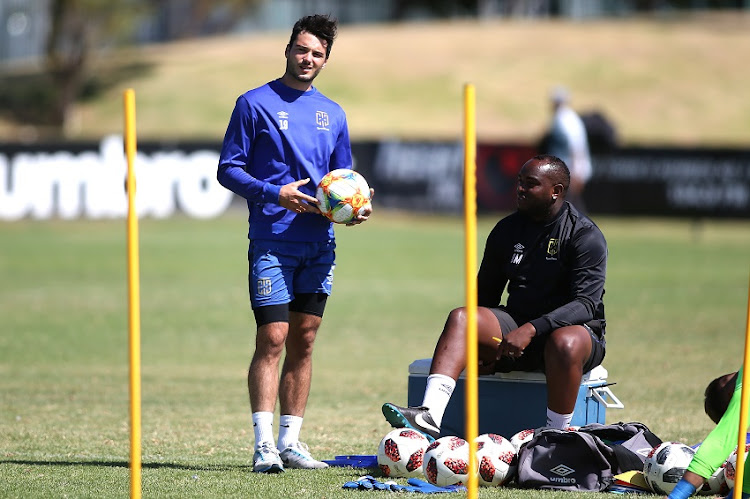 Cape Town City midfielder Roland Putsche is readying himself for any outcome on the future of club coach Benni McCarthy‚ who is being touted as one of the coaches to take over from Stuart Baxter as Bafana Bafana coach.

Putsche had a stellar start to the 2018-19 season for City and was vital in helping the club win the MTN8‚ which they begin the defence of against Polokwane City at home next weekend.

The Austrian revealed at this year’s top eight competition launch in Johannesburg that he has been following the news on the possibility of McCarthy (41) leaving City for Bafana‚ which the coach is being eyed for by the South African Football Association.

“Benni McCarthy is a top character and I really enjoy working with him‚” said the midfielder‚ whose season was cut short by the leg injury he suffered in February.

“We shouldn’t forget he [McCarthy] is still a young coach and there’s a lot that is waiting for him out there.

“I’m quite sure he’s the right person for the Bafana Bafana job but the timing… he must decide.”

Putsche said he was in no position to say when it would be the right time for McCarthy to consider coaching at senior international level.

“I’m not saying he’s not ready. But if there’s only one person who knows when is the right time‚ it’s him‚” he said.

“It’s absolutely up to him. If he wants to take it he will take it anyway and I want to wish him all the best for the job.

“If he says it should be at a later stage in his career‚ I will also understand that and I will be looking forward to working with him a little longer.”

Putsche said he’s close to fully recovering from his leg injury and should be ready to be considered to play before the end of September.

“I’m not fully back yet but I’ve made my first steps on the soccer pitch again. I feel like it will take me another two to three weeks [to fully recover].

“I hope my teammates can do a job in the MTN8 while waiting for us. I hope to join them in this competition at a later stage.”

Putsche said he doubted that his absence in the City line-up towards the end of last season had an impact on the Cape club’s fourth-placed league finish.

“I don’t think we were [him and fellow influential midfielder Thabo Nodada] missed‚” he said.

“I think we lost the league at the beginning of the season when we played for the top eight trophy‚ because we dropped too many league points.

“People always forget that we were No 14 or 15 on the log after about eight rounds.

“I think we dropped too many points in the early rounds to really compete seriously for the league last year.”