Benni McCarthy returns to the area 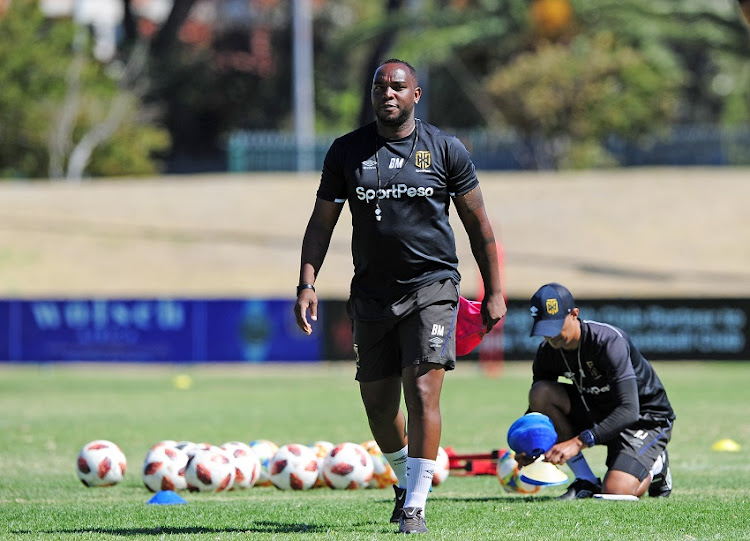 Cape Town City will have head coach Benni McCarthy back in the dug-out for Saturday’s Absa Premiership Western Cape derby against Stellenbosch FC at the Athlone Stadium‚ as they look to showcase their title credentials in their first home game of the season.

McCarthy missed the 2-2 draw with Baroka FC last weekend as he attended the birth of his son in Scotland‚ but will be back for the home opener against the Cape Winelands club.

Assistant coach Vasili Manousakis has been leading the team in his absence‚ but he said there had been little disruption with the flow of communication open all along.

"We knew it [the birth] was coming for a while and we have been in touch quite a bit‚” Manousakis said.

“The most important thing is that mom and baby are healthy‚ dad is happy that he has got a boy now and he is back on Thursday night‚ so I am happy and the team is happy.

"We are in touch with the coach two or three times a day‚ we don't do anything here without him and it is a constant discussion.”

Stellenbosch also played to a good 0-0 away draw at Chippa United at the weekend t get their first top-flight point‚ and Manousakis said they would work a plan against tricky side.

"We have got our hands on some footage of the game they played against Chippa‚ they are typical [coach] Steve Barker – organised‚ structured in defence‚ tough to break down and everything about the counter-attack‚ using the pace of [Iqraam] Rayners to get in behind‚" Manousakis said.

"But we think we have spotted one or two areas that we can exploit.

"There is quite a bit of space ... somewhere.

"We must just do what we have to do.

"It is a home game for us and the fact that it is a derby is great for the fans.”

Manousakis said the side was disappointed to give up a 2-0 lead against Baroka‚ but added that in the context it was a good point for the team.

"If you look at the Baroka game. You have to take a couple of things in context. Mpho [Makola] hadn't had a full pre-season but still managed to get 90 minutes under his belt‚" he said.

"Kermit [Erasmus]‚ for the first time in a long time‚ got 90 minutes and he was very mobile. He had an 87th minute chance that he sticks away every day in training and it was just one of those things.

"In the bigger scheme of things‚ it was against the run of play that we were 2-0 up. They [Baroka] came out and hammered us‚ they pressed us aggressively and we have corrected that in training.

"But at 2-0 up you expect players of our quality and experience to manage the game.

"Two lapses of concentration and it was 2-2 at halftime. We have had some learnings.”

Manousakis said he does not expect major changes to the side at the weekend as City seek to be more consistent in selection this season.

"We want to be a little bit more consistent‚ we learnt from last season to maybe cut out the chopping and changing and try and get some rhythm‚" he said.

"But it is not always easy when maybe someone doesn't have the best game.”

He added that for the players and staff‚ there is no issue with the venue of the game having been moved to Athlone from the Cape Town Stadium‚ where the pitch is not ready for the new campaign.

"Last season‚ I think we were unbeaten there [Athlone]‚" he said.

"The record is decent there‚ the most important thing is the playing surface is top quality.”