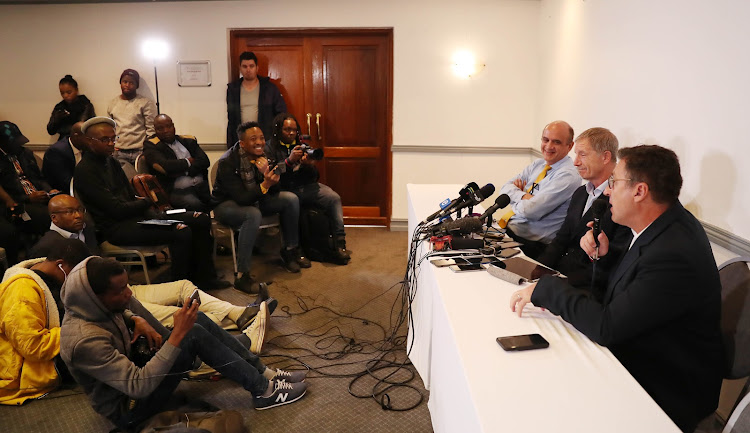 A new Bafana Bafana coach is expected to be at the helm by the end of next month.

Former coach Stuart Baxter delivered his Africa Cup of Nations (Afcon) technical report to his erstwhile employers at Safa House as his final act in the job a few days ago and SA Football Association (Safa) technical committee head Jack Maluleka confirmed that they hoped to have their man by next month.

“The meeting (on Saturday) went very well and basically it was about checking the report of the national senior team and the former coach (Baxter) was in our meeting‚” said Maluleka.

“We agreed that in the meantime‚ because the coach has resigned‚ you can’t leave the national team unattended.

“We have the assistant coach (Molefi Ntseki) which is proper for him to be a caretaker coach until the process of getting another coach continues.”

Maluleka added that Ntseki‚ who is the SA Under-17 coach‚ is well within his rights to apply for the Bafana job if he so wishes.

“Molefi is the caretaker until the process is over.

"If he himself shows an interest to be on the candidates list‚ we won’t disqualify him based on being a caretaker‚” said Maluleka.

Bafana’s next official match is a 2021 Afcon qualifier away to Ghana on November 11 and Maluleka said they hoped to have appointed Baxter's replacement by that time.

“Obviously it will take time because there are a lot of parties that have shown interest through sending their CV’s‚” he said.

“You need to have a task team that is dealing specifically with short-listing and checking whether we can get a credible person who can take us forward.

“The process will go to the technical committee wherein if we find that there are three or four candidates then we’ll put them in a sequence category of 1‚ 2‚ 3.

"It will depend on how many we have.

"We will then give that list to the NEC for approval.

“As a technical committee we can only recommend.

"We are aiming to appoint the coach around September‚ either mid or end of September.”

Local coaches Benni McCarthy‚ Gavin Hunt‚ Pitso Mosimane and Steve Komphela have all been linked with the Bafana coaching role.