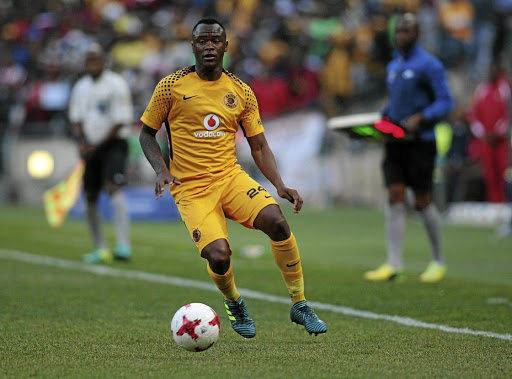 Erstwhile Kaizer Chiefs defender Tsepo Masilela has cast doubt on Amakhosi's credentials to challenge for the league title this season.

Masilela, who is contemplating retirement after leaving Chiefs in June last year, has detailed why he thinks Amakhosi could find it difficult to fight for the title.

"We are hoping this year it's going to be better. But if you look at the gap from last season, firstly you need to think about closing the gap before you win the championship,'' Masilela said.

"You must be realistic in football. If you finish the season and you look at the log, if the champions are on 60 and you are on 40. you are far off."

Ernst Middendorp has praised his frontline players as Kaizer Chiefs got their season off to a winning start and said Amakhosi will look to play more ...
Sport
2 years ago

"But anything can happen, it's football," added the 34-year-old who won two league titles and the Wafa Wafa Cup at Chiefs.

The former Bafana Bafana left-back also cited the difference between their class and the current group of players at Naturena, implying the current pool of players needed more guidance from seasoned campaigners like Itumeleng Khune, Willard Katsande and Bernard Parker.

"With our generation, I don't know. maybe we had more senior players, more leaders in that team. If you check, we had the likes of Morgan Gould, Pa [Siboniso Gaxa] . Tefu Mashamaite. We had leaders,'' Masilela said.

"With this group, they still have the Parkers, the Katsandes, Itu [Khune] is still there. It's for them to try and help the youngsters to hit the ground running.''

The player also shed some light on his football future.

"I have not decided if I will go on and play. Once I see there's an opportunity, I will sit down, think... speak with my family and see. If there are no opportunities, obviously I will have to call it a day. I was hoping to get a call, but no."

Siblings' Afcon debuts both in Egypt
Sport
2 years ago

Bafana Bafana tackle Ivory Coast in their 2019 Africa Cup of Nations (Afcon) opener on Monday‚ and do so having never lost to the west African side ...
Sport
2 years ago
Next Article