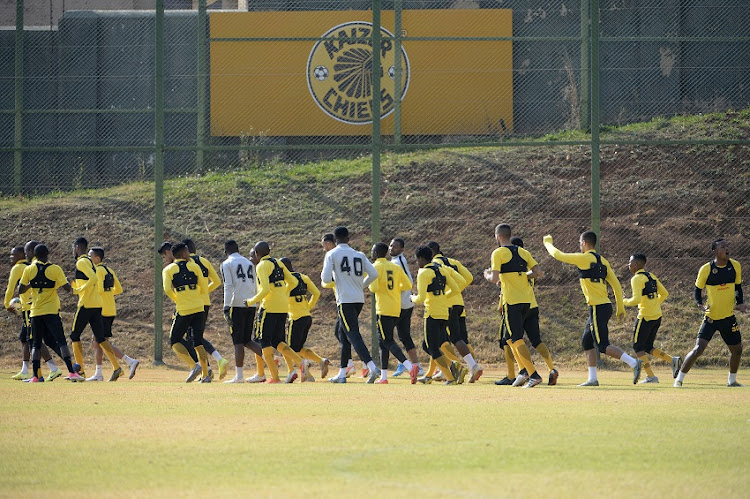 Chiefs made some of the notable signings during the off-season after finishing ninth on the standings last season and even though they started on a bright note with a gritty 3-2 win against Highlands Park a few days‚ Mahlangu does not believe that they have a realistic chance of winning the league.

“Realistically‚ I don’t think they are ready to win the league‚” he said on the sidelines of the MTN8 launch in Johannesburg on Wednesday.

“I think they must focus on finishing on a respectable position and getting back into the top eight.

"They still have other cup competitions like Telkom Knockout and Nedbank Cup to play for and maybe get into the final.”

Mahlangu said he could not identify the contributing factors that have led to Chiefs’ slump over the past few seasons.

“There is something missing there‚" he said.

"I don’t know if the coach (Ernst Middendorp) does not understand the players or what.

"A coach can bring his philosophy and mentality to the club but sometimes as a coach you must compromise your beliefs to accommodate the players.

"It can’t always be the coach hammering his own ideas‚ you must also look at yourself and compromise to have a connection with the players.”

The future of Khama Billiat remains in the spotlight with persistent reports insisting that he wants to make a sensational return to Mamelodi Sundowns. Mahlangu said losing the Zimbabwean international would hurt Chiefs badly.

“Billiat was not there in the last match against Highlands Park and there are questions on whether he is staying or leaving Chiefs‚" he said.

"If they lose Billiat now‚ it will be a major setback for Chiefs because he is a key player for them.”

Chiefs were conspicuous with their absence at the launch of the MTN on Monday and Mahlangu said this turn of events was unusual.

“It is disappointing and unusual to come to an MTN8 launch and Chiefs is not there‚" he said.

"I think it has only happened once before in their history.

"But‚ for them to qualify they must win games on the pitch like the eight teams that have qualified.

“Let’s be honest‚ for the past few seasons they have been trying this and that in terms of players.

"If you remember during the days of Steve Komphela‚ he didn’t get players who can have an impact‚ with experience and understood what it meant to play for a big club.

"For me‚ if Steve (Komphela) had the likes of Siphelele Ntshangase‚ Khama Billiat and the ones they have signed recently‚ he was going to change a lot at Chiefs.”