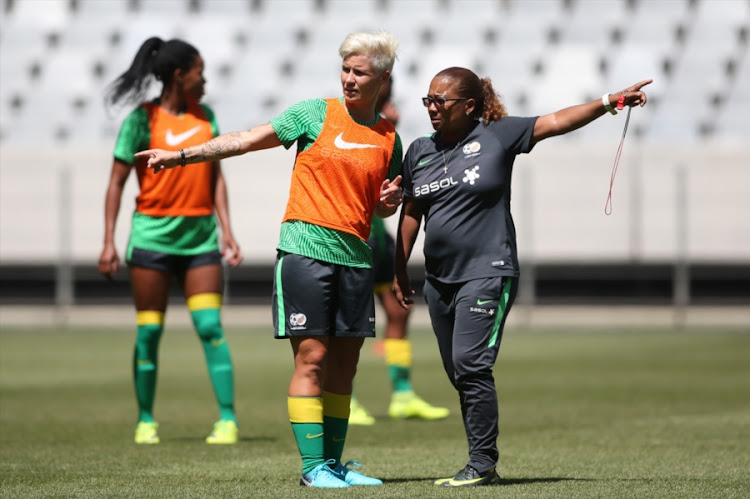 Banyana Banyana coach Desiree Ellis has cautioned against over-confidence when her side defend their title at the COSAFA Women’s Championship in Port Elizabeth from July 31-August 11.

South Africa are in Group A of the competition along with a tough Malawi team‚ Madagascar and debutants the Comoros Islands‚ who they beat 13-0 in 2014.

Ellis says she faces a balancing act as she looks to blood new players at the start of a new four-year World Cup cycle‚ but also needs to prepare for the upcoming 2020 Olympic Games qualifiers that see Banyana take on Botswana in late August and early September.

"No game is easy‚ we played Madagascar last year and narrowly beat them 2-1. Each and every team grows more after each tournament‚” Ellis said.

"Malawi were in our group last year‚ but with the Chawinga sisters they are a different team altogether.

"The Comoros we played in 2014 and they would have grown. You underestimate any team at your peril.

"The tournament is a step for us to grow‚ and using the COSAFA to prepare for the Olympic qualifiers that start very shortly afterwards.”

Ellis recognizes that her side‚ fresh from the World Cup in France‚ will be heavy favourites‚ and under some pressure‚ to retain the title having been roared to the trophy by sizeable crowds in Port Elizabeth last season.

"The expectation is always there‚ being Banyana and the defending champions‚" she said.

"People will want to knock you off your perch‚ especially having been to the World Cup.

"But we have to show what we learnt at the World Cup and why we qualified to be there.

"We want to give the fans a taste of what we learnt at the World Cup‚ otherwise that experience counts for nothing.

"It won't be easy‚ when you play the minnows they raise their game. No-one needs motivation to play a team that has come from the World Cup.”

Ellis says she has yet to finalise her squad for the tournament and must first see which of her overseas-based players are available for the competition.

"We haven't sat down yet‚ we have used the COSAFA in the past to blood players and we will decide how we go about this. In essence it is the start of the next four years [cycle] to the next World Cup.

"Once we know who is and who is not available‚ we will announce the squad shortly."

Group B at the tournament contains Zambia‚ Namibia‚ Mauritius and Botswana.

Zimbabwe headline Group C‚ where they will take on Mozambique‚ Angola and Eswatini.

Only the top team in each pool advances to the semifinals‚ along with the best third-place finisher‚ meaning there is little room for error or an off-day for any of the sides.

Meanwhile‚ the inaugural COSAFA Women’s Under-20 Championship will run side-by-side with the senior championships‚ with the matches to be played at the Wolfson and Gelvandale stadiums.

South Africa up against Namibia‚ Zimbabwe and Malawi in Group A‚ while Group B contains Botswana‚ Zambia‚ Tanzania and Eswatini‚ and will also be eagerly-contested.

The top two teams in each pool advance to the semifinals.