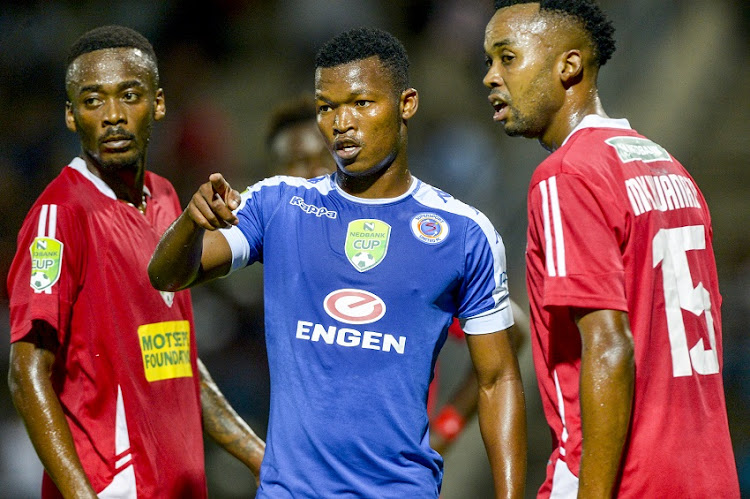 A number of players across South Africa will become free agents when their contracts expire on June 30‚ while others are already without a club and ready to be snapped up ahead of the 2019/20 Premier Soccer League.

There is some top talent potentially available for nothing‚ with some players nearing the end of their careers and seeking one last contract‚ and others just starting out and hoping to be given another chance.

SowetanLIVE looks at 10 players who could be signed for free in the coming days.

The Bafana Bafana gloveman has decided not to renew his contract with BidVest Wits and has set his sights on a move to Europe‚ with clubs in Portugal‚ Sweden and Azerbaijan reportedly interested.

The Portuguese link appears the strongest for the keeper‚ who spent five successful years in Belgium at Kortrijk.

Letlotlo was once touted as a great striker hope at Kaizer Chiefs after excelling with their reserve team‚ but a major injury in the 2016/17 season proved a set-back and he has never quite recovered.

He spent part of last season at Baroka FC‚ but did not play‚ and has now been released by the AmaKhosi.

Will someone take a chance on a player with obvious ability?

When Masango was excelling at Danish side Randers in the 2015/16 season‚ it seemed as though he had the world at his feet with interest pouring in from bigger clubs in Europe.

But after a failed bid to force a move‚ and a six-month loan spell at SuperSport United‚ his career is in tatters in what is one of the most spectacular falls from grace in South African football history.

He has been without a club for two seasons and had unsuccessful trials at Highlands Park in February.

Still only 29‚ the former Kaizer Chiefs star still has much to offer.

Moon has been released by Kaizer Chiefs after finding game-time hard to come by and failing to take the opportunities that did come his way.

He is still a quality prospect though and needs a club where he will play most weeks in order to build experience and develop his game.

That will be hard to find in the top five or six teams‚ but he could certainly do a job for mid-to-lower table teams.

There were high hopes that Morris would be enjoying a career in Europe by now when he first burst onto the scene at Ajax Cape Town‚ but the club’s struggles and injuries have not helped his cause.

He has been released from the team and already drawn some interest‚ with his experience of having played in the PSL for seven seasons.

No youngster‚ but still a player with quality and immense experience‚ Nthethe is a free agent after being released by Chippa United midway through the last season‚ and then having a brief spell with Baroka FC.

He has said he is determined to keep on playing but at his age is likely to be offered a short-term deal.

Qalinge battled with injury last season‚ but had worked his way back into the first team by the end of the campaign‚ so it was something of a surprise when he was released by Orlando Pirates after five years at the club.

He is still at a good age and on his day a devastating talent‚ so if he can prove his fitness would be a good signing for most PSL clubs.

Another player reaching the end of his career‚ but is a proven goalscorer in the top-flight and provides something different to many PSL strikers with his height and gangly style.

He has had an impressive career and recently stated he still had “a year or two” in his legs to keep on playing.

Strikers with good top-flight experience are not that easy to come by and so Sekola could be an attractive target after leaving Highlands Park following the arrival of Rodney Ramagalela.

A total of 23 goals in six top-flight seasons is not the most prolific record‚ but he is a strong target-man who brings others into play‚ and with 14 goals in 29 games for Free State Stars in the 2014/15 season‚ he has proven he can find the back of the net.

The former Mamelodi Sundowns defender was shown the door by the club in January after reportedly not attending training‚ and so will have to convince any prospective employers that he is not a troublemaker in the squad.

Zulu was a star at former side Platinum Stars‚ but did not break into the first team at Sundowns.

At just 25 he is still a good age though if he can mend his ways.