All my focus is on Afcon, says Darren Keet 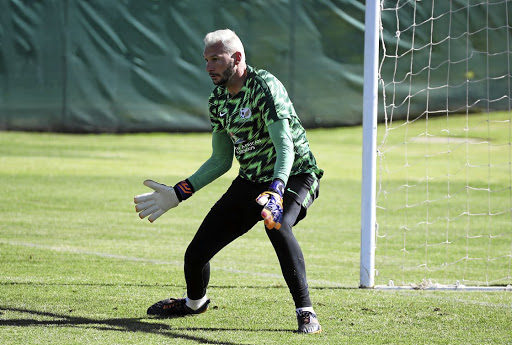 Amid the uncertainty surrounding his future, Bafana Bafana goalkeeper Darren Keet has reiterated his attention is solely on the national team.

Keet is currently in Dubai with Bafana, preparing for the Africa Cup of Nations (Afcon), which starts next Friday in Egypt. SA are pitted against Namibia, Morocco and Ivory Coast in Group D.

Prior to joining the national team camp, Keet had been at loggerheads with his club, Bidvest Wits, after he refused to renew his contract. This sparked concerns that the
29-year-old keeper may not be in the right frame of mind ahead of Afcon.

Nevertheless, Keet has moved swiftly to allay any fears regarding his mindset and said he solely aims to help Bafana do well in Egypt while he has left his contractual disagreement with the Students to his agent.

Mark Fish’s presence alone in the Bafana Bafana squad as they prepare for the Africa Cup of Nations can serve as an inspiration to the players as ...
Sport
2 years ago

"I have got my agent dealing with that [his future], so I am not too bothered about that. My job now is to focus on what we are doing in Dubai as we go to Egypt for the first game that is fast approaching," Keet said.

"Now we've got a friendly against Ghana [tomorrow at 5.30pm SA time in Dubai] and then Angola [on Wednesday]. Come Ivory Coast [who they open against at Afcon on June 24], that's where my focus is on at the moment."

The departing Clever Boys shot-stopper is believed to be holding out for an overseas transfer. However, he revealed that he has not received any overseas offers.

"The overseas issue is not a problem for me. My agent is dealing with the matter and they will let me know accordingly," noted the Bafana goalie.

Boasting Mamelodi Sundowns gems such as Hlompho Kekana and Themba Zwane, among others, who have vast knowledge of competing on the continent, gives Keet hope that Bafana will stake their claim at Afcon.

"I think for SA it shows with our teams lately in the CAF Champions League and things like that, that we are capable of achieving a lot," said Keet.

"Our national team at the moment is no different; we've got good players, good spirit and good mentality. We want to do well, play well for the country and make the country proud."

Bafana Bafana coach Stuart Baxter has defended his selections at the back and in the goalkeeping department in his final 23-man squad for the 2019 ...
Sport
2 years ago

Who are the men entrusted with the responsibility of flying SA flag in Egypt?

South Africa coach Stuart Baxter has named his 23-man squad for the Africa Cup of Nations (Afcon) in Egypt with few surprises in the selection as he ...
Sport
2 years ago
Next Article