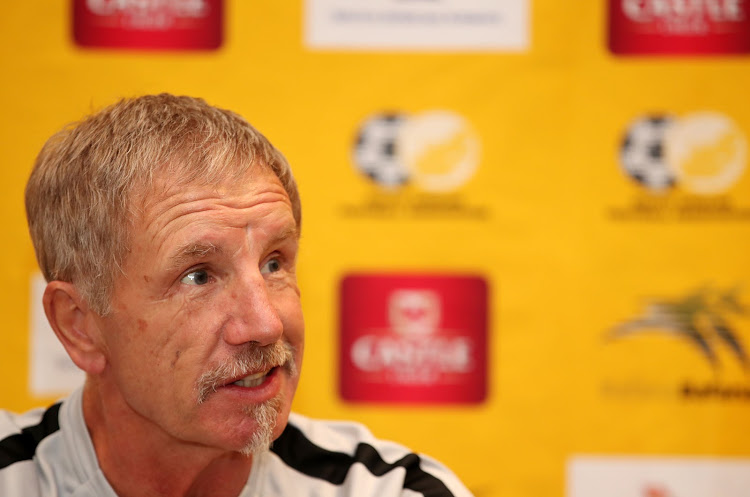 Baxter made his announcement at the South Africans' team hotel‚ the Southern Sun at Montecasino in Fourways.

Cape Town City striker Erasmus‚ and the two central midfielders‚ Orlando Pirates' Motshwari and Makaringe of Maritzburg United‚ were the three players cut from the preliminary squad that has spent the past week training at Steyn City School in Midrand.

From an original 28-man squad‚ Keagan Dolly withdrew injured and Rivaldo Coetzee did not arrive‚ saying his mother was critically ill and then being unable to be contacted again.

That left three more players to be cut.

South Africa depart Johannesburg on Monday for a second leg of their preparations in a camp in Dubai‚ where they meet Ghana in a friendly warm-up match on Friday.

They play Angola in Egypt on Wednesday‚ June 19‚ two days before the 2019 Afcon finals kick off with the game between the hosts and Zimbabwe at Cairo International Stadium on Friday‚ June 21.

Bafana are drawn in Group D with Ivory Coast‚ Morocco and Namibia. South Africa open their Egypt 2019 campaign against Cote d'Ivoire in Cairo on Monday‚ June 24.

They meet Morocco on Friday‚ June 28‚ then Namibia on Monday‚ July 1.

The top two teams and four best third-placed finishers from six groups progress to the last-16.

Bafana reached the quarterfinals of the 2013 Afcon finals on home soil under Gordon Igesund.

They qualified for Equatorial Guinea 2015 under Ephraim "Shakes" Mashaba but did not progress past the group stage.

They failed to qualify for Afcon 2017 in Gabon under Mashaba.