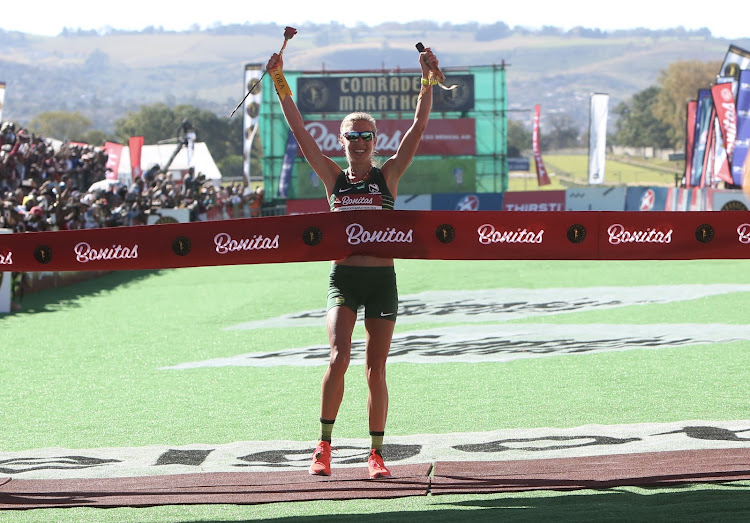 Gerda Steyn shattered Elena Nurgalieva's 2006 record time of 6.09.24 to win her first ever Comrades Marathon in a lung-bursting time of 5.58.53.

While the excitement lay with the men's race where Edward Mothibi held off a spirited title defence from Bong'musa Mthembu‚ the 29-year-old Steyn became the first woman to run the Comrades up-run in less than six hours.

She may be slightly built but she powered her way through the demanding course‚ where she finished 17th overall behind the first 16 men.

The fact that she finished so quickly was testament to the near-perfect race she had.

There were also two significant milestones for Steyn as she finally got the Comrades monkey off her back after recent near misses in the famed marathon. 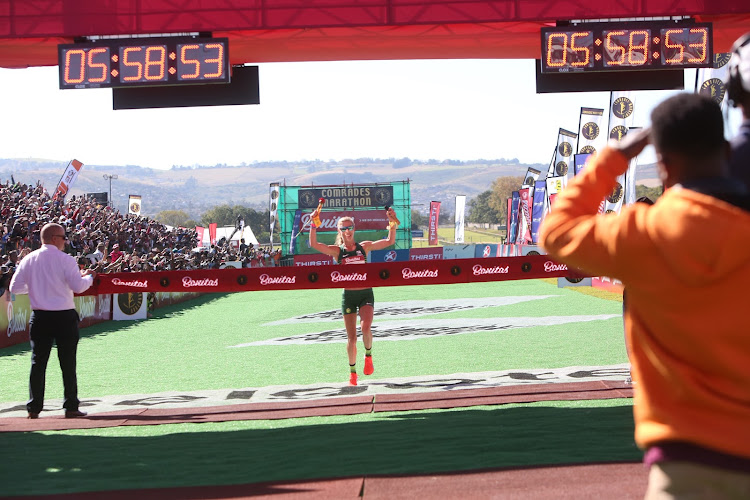 The other milestone was a financial one as she'll pocket R500,000 as the winner of the women's race and an extra R500,000 for breaking the record.

Russian Alexandra Morozova came second in the women's race in a time of 6.17.40 while Caitriona Jennings from the Republic of Ireland was third in a time of 6.24.12.

In the men's race‚ Mothibi's and Mthembu's duel was exciting and in the end‚ it was Mothibi's iron will that prevailed.

The 34-year-old Mothibi‚ who won the men's race in a time of 5.31.33‚ made his move at Little Polly Shortts just outside Ashburton. 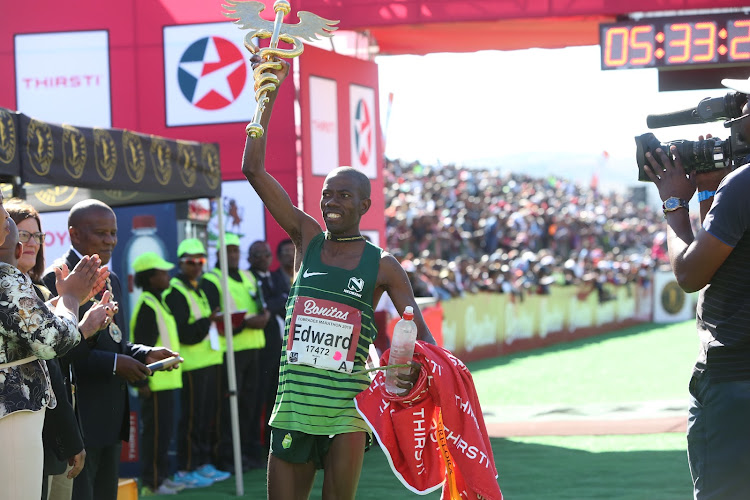 Comrades Marathon winner Edward Mothibi celebrates with the trophy after winning the men's race for the first time on June 9 2019.
Image: Jackie Clausen

Mthembu‚ who came in 25 seconds after Mothibi‚ responded in kind and overtook Mothibi with 10km left.

However‚ the notorious Polly Shortts proved to be the difference as Mothibi‚ who runs for Nedbank‚ again made a break on the winding climb.

When Mothibi put the hammer down‚ Mthembu didn't have a response and Polly's became brutal. 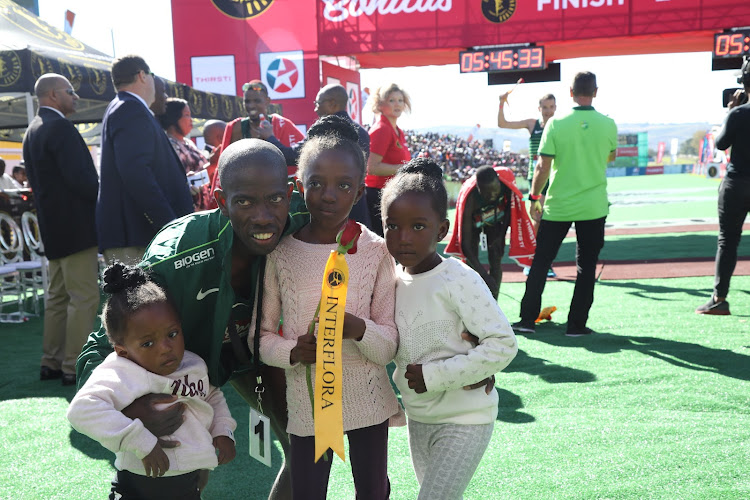 Mothibi had his own issues with Polly's as he also visibly struggled in the heat.

He had more in the mental and physical tank as he accelerated after the climb and left Mthembu to battle for second place.

While Mothibi was fastest over the last seven kilometres‚ the race clearly took its toll. 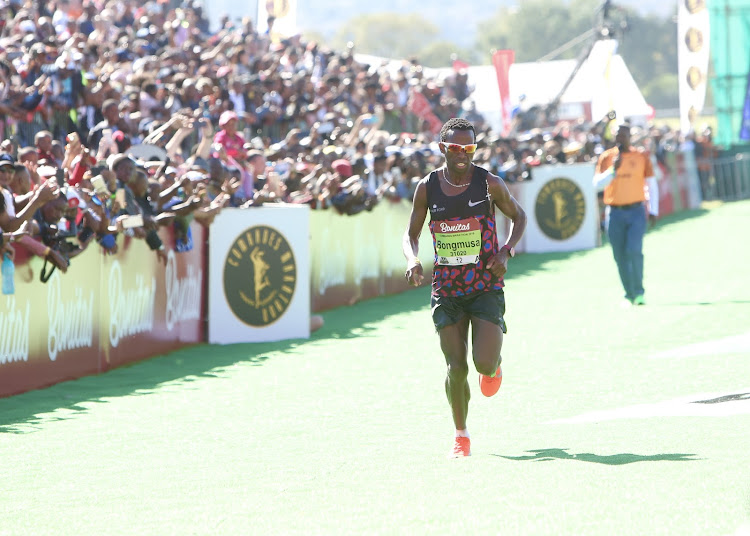 His legs were shaking at the finish and was clearly drained by his exploits. However‚ he timed his race to perfection.

Underrated Japanese athlete Nao Kazami‚ who often excels in the longer but flatter 100km races‚ recovered from a blip in form around Camperdown to finish third in a time of 5.39.16.