'Can we play without Phakamani? Yes we can‚' says SA coach Notoane 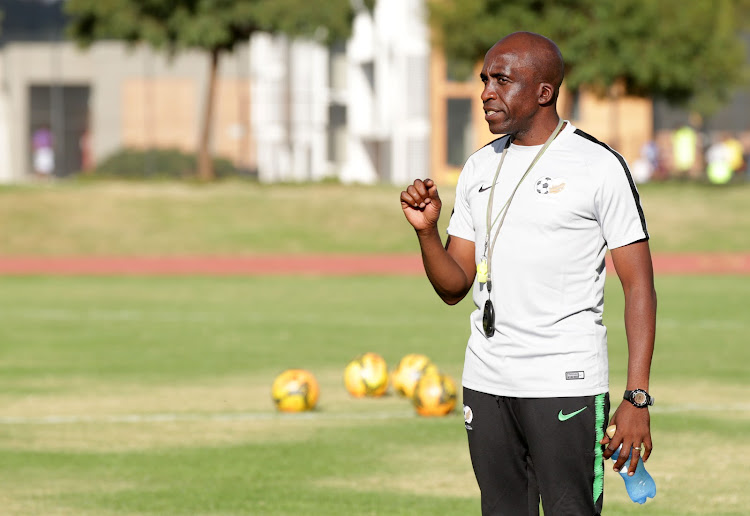 South Africa coach David Notoane acknowledges that his side will have to hit the ground running against Botswana in their Cosafa Cup quarterfinal at the Princess Magogo Stadium on Sunday.

The side has exited the competition at this stage in three of the last four years‚ suffering penalty shoot-out defeats to Botswana (2015) and Madagascar (2018)‚ and a 1-0 loss to Tanzania (2017).

South Africa went on to win the Plate competition in two of those years as they improved as the tournament went on‚ overcoming a slow start that Notoane is eager to avoid on Sunday.

“When you are playing a team that is ready to come at you and you are just restarting your engines‚ the first game is always a difficult one.

"It means we have to be switched on from early on‚” he said.

“At any tournament the host is always under pressure‚ the pressure will come from the people in the stands‚ the supporters. We have to play in a way that will ‘wow’ them.

“Not just the result but the performance. You can’t fool supporters‚ if you are not playing well they will see that.

“When that kick-off comes against Botswana‚ hopefully that nervousness and anxiety will actually carry them through.”

The team will be without forward Phakamani Mahlambi‚ who has been excused from the camp for “personal reasons”‚ but Notoane says that gives others a chance to step up.

“We have Sipho Mbule‚ we have Jamie Webber … Liam Jordan‚ who can play in any of those positions on top‚" Notoane said.

"Luther Singh is here. Can we play without Phakamani? Yes we can.

“We have to come with our A-game and show that we deserve to wear the national team jersey.”

Notoane says they have had a good week in Durban‚ including a draw with Zambia in a training fixture‚ and feels fortunate to have had a good amount of time with the squad. “Sometimes you don’t have four days with the full squad in camp‚ sometimes it’s two days or even one day to assess the level of the boys‚” he said.

“We played against a very tough and physical Zambia team and the boys came out nicely‚ a few knocks here and there but nothing major. Come Sunday we will be good to go.

“Team synergy‚ understanding and all those things are already taken care off. The spirit is there in the team because of that.”