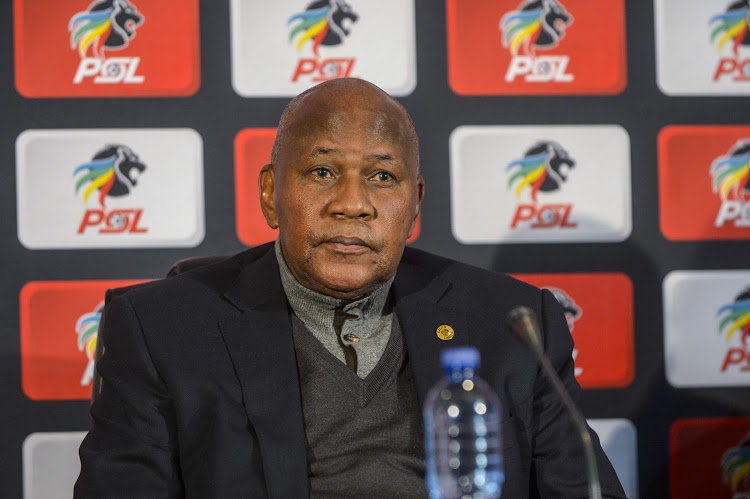 Kaizer Chiefs boss Kaizer Motaung has admitted that his club's embarrassing defeat to lower tier side TS Galaxy in the final of the Nedbank Cup in Durban two weeks ago ranks as the lowest point of his career as chairman of the ailing team.

The shock 1-0 defeat to Galaxy condemned the massively popular but limping Naturena-based side to a deflating trophy drought that dates back four years.

Motaung revealed that he is yet to recover from the humiliation of losing a major cup final to a lower tier club they were heavily favoured to brush aside.

“I must say it is the lowest point for me as chairman of the club because we have never lost a cup final to a National First Division club.

Chiefs fans have accused Motaung of taking a back seat and allowed his much vilified son Bobby to run the club into the ground.

But Motaung senior insisted that nothing could be further from the truth and he remains in full control of the day to day affairs at Naturena.

“I have not taken a back seat‚ I am working every day‚" said Motaung senior.

"We have structures that deal with every part of the business and I am part of that.

"People like to blame individuals but decisions are not taken by individuals.

"Obviously individuals have to take certain responsibilities but important decisions are taken by a collective.”

Kaizer Chiefs boss Kaizer Motaung has come his son Bobby's defense and said the much vilified Amakhosi football manager would not be working at the ...
Sport
3 years ago

Motaung said they are going through a thorough review process and he would communicate his plans with the club's increasingly incensed supporters in about three weeks time.

“We will do a proper review and then we will be able to give you a statement at a later stage‚” he said.

Chiefs fans accused the club's management of tightening the purse and competing with rivals Mamelodi Sundowns and Orlando Pirates on the transfer market.

But Motaung they do not spend just for the sake of spending.

“Our pocket has always been the same‚" he said.

"We always go out and buy when it is necessary to buy just like we did when Stuart Baxter arrived.

"We went and bought eight players and he (Baxter) did a good job for us.

"All I am saying is that give us a chance to review everything at the club and I will come back to you with the answers.”