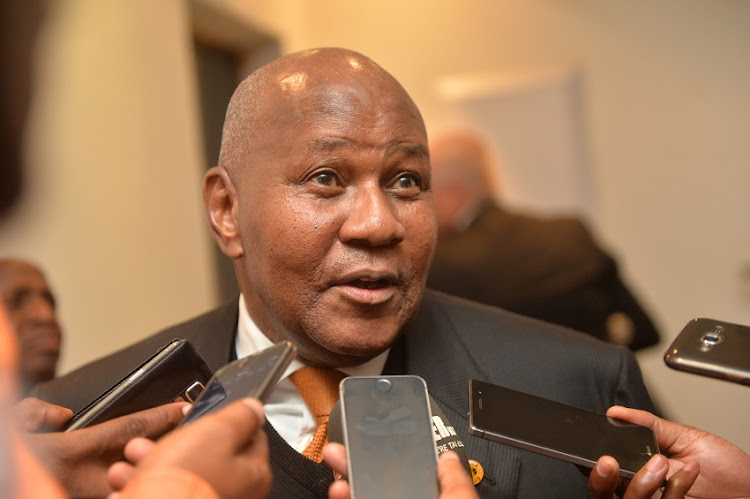 Kaizer Chiefs boss Kaizer Motaung has come to his son Bobby's defence, saying the much vilified Amakhosi football manager would not be working at the club if he was not happy with his work.

Chiefs have not won a trophy in four years and some fans have blamed Bobby for the drought. “He wouldn’t be there (at Naturena) if we were not happy with him‚” said Motaung on Wednesday.

Motaung senior insisted that decisions are taken as a collective at Naturena and Bobby is not the one who buys players. “You must go back in history where we started to now‚ we are all party to failure today and we can’t put it on an individual‚" he said.

"Even on the question of buying players‚ it is not Bobby who buys players.

"He is just a messenger‚ he is part of a collective that sits with the technical staff and he is told where to go.

"He is not the man who decides who to buy.” Motaung also could not give assurances on the future of coach Ernst Middendorp who raised eyebrows after failing to attend the launch of the Carling Black Label Cup on Tuesday. “It was an internal thing‚" Motaung senior said.

"Initially the Orlando Pirates coach was not available according to the set up and we agreed that it was going to be assistant coaches.

"A few days ago they said their assistant coach was not available and their coach was available.

"We told them that we can’t change because we had already arranged for our assistant coach to attend.

"We are going to reveal our plans about everything at the club in the next three weeks. “I understand the logic and sentiments of the fans‚ they have a right not to come to the Carling Black Label Cup match but genuine supporters will be there.

"If you go to England‚ some of teams have not won the league for more than 20 years but their stadiums are full every week regardless of whether they are bottom of the log or not.

"Liverpool has not won the league for 30 years but Anfield is full every weekend.

"We understand the sentiments that we have not won anything over the past four years but we have to do something and rectify the situation.”