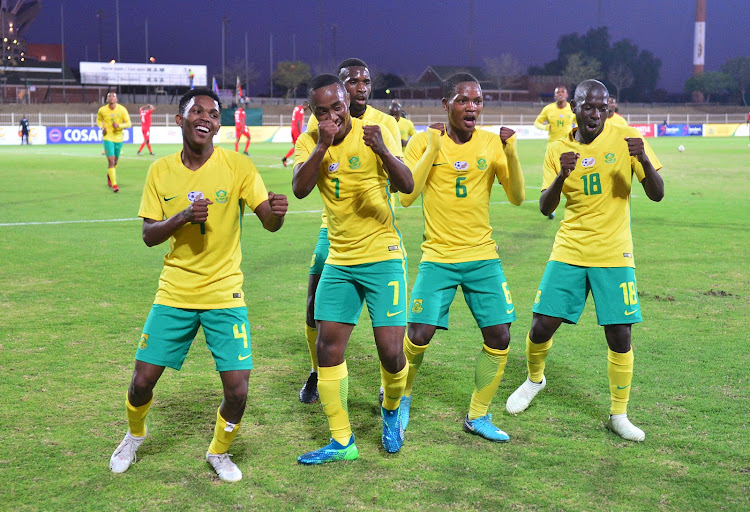 The Cosafa Cup traditionally gets a bad rap from South African football fans‚ in part through naked arrogance and in part a lack of understanding of why the tournament exists and what its mandate is.

There are many supporters of Bafana Bafana who feel that playing Mauritius‚ Lesotho or even Botswana is 'beneath them’‚ and of no interest or value for the national side.

That being the top dog in the Southern African region is not important.

That is where the arrogance comes in.

But in truth the Cosafa Cup has never been about the trophy at the end of the tournament.

It is nice to have‚ and a goal for all teams to strive towards‚ but the tournament was set up to help develop football in the region and in this regard there can be no argument that it has been a success.

Let’s take Lesotho as an example.

Setting up friendly matches is financially tough for the tiny Mountain Kingdom and in years where there are no qualifiers for the Africa Cup of Nations (Afcon) or the Fifa World Cup‚ the team battles to play more than two or three fixtures in a calendar year.

But the Cosafa Cup gives them a minimum of two games‚ but more likely three‚ and as many as six games in which to develop their national team and prepare them for these qualification games.

The Cosafa region will have five teams at the Afcon finals this year – a number helped by the expansion of the finals from 16 to 24 teams – while Lesotho and Mozambique came close to joining them.

It is no coincidence that the level of Southern African teams‚ and their competitiveness on the continent‚ has improved since the Cosafa Cup has been played regularly again in the last five years.

A team like Namibia has had an additional 15 internationals over that period‚ plus all the additional time in camp before and during the tournaments‚ and here they are now off to the Afcon finals.

For coach Ricardo Mannetti‚ it has been a huge boost to his aim of giving his players more international exposure at a high level.

But it is more than just the players.

Coaches get the opportunity to hone their craft away from continental and World Cup qualifiers‚ as do match officials.

Some of the best referees on the continent come from the Southern African region and all‚ including Victor Gomes‚ cut their teeth at this level in the Cosafa Cup.

Even administrators from all over the region are given the opportunity to develop their skills within the tournament – hosting 14 teams over two weeks is a logistical challenge and getting into the minutia of putting all of the pieces of the puzzle together is no mean feat.

South Africans get these opportunities outside of the Cosafa Cup more than most countries in the region‚ and so to us the competition is perhaps less important.

But are we saying that we don’t care about football in Lesotho‚ Eswatini‚ Botswana‚ Madagascar‚ Mauritius etc?

Is that our view‚ that raising the level of Southern African football as a whole will have no benefit to us? I don’t buy it.

The stated mandate of COSAFA as an organization is to develop football in Southern Africa and provider a platform for players‚ coaches‚ match officials and administrators to grow in the game.

There will be six Cosafa tournaments in the various age-groups this year – senior men and women‚ as well as boys and girls competitions at both Under-17 and Under-20.

The senior tournament is the flagship competition‚ but the others are equally‚ if perhaps even more‚ important for the future of football in the region.

South Africa’s decision to send a largely Under-23 team to the Cosafa Cup this year has many fans suggesting it is not worth watching‚ but that misses the whole point of why they are doing it.

Manchester United are sending their Africa scout to the tournament yet again this year‚ which shows they value it as a competition with potential.

A number of French clubs will have scouts as well‚ along with various others from across Europe.

This is a gross generalisation I admit‚ but South African football fans often have a superiority complex that makes them look down on others‚ who have far less in terms of resources and playing personnel‚ and believe they are not worth our time.

That is certainly true when it comes to the Cosafa Cup‚ but it is because they do not understand the ‘bigger picture’.

Is the quality of football at Afcon finals level? No.

But if you have an interest in South African football‚ at the players who are coming through from this region‚ and at what the future looks like‚ then it is a fascinating place to be.