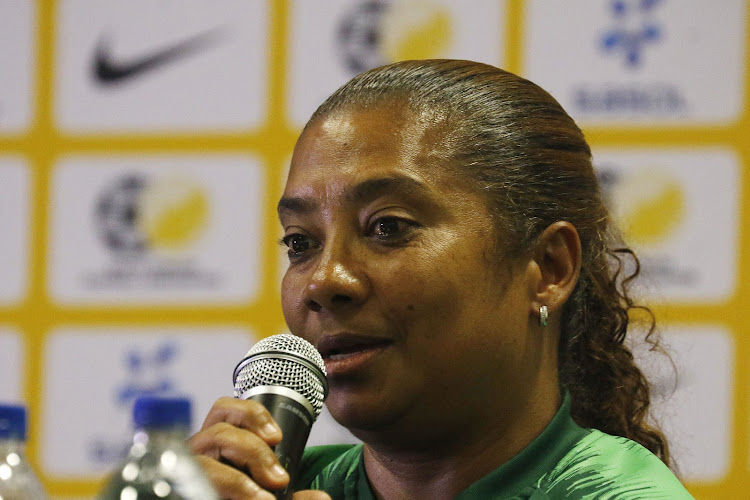 Big names such as 2018 African Women's Player of the Year Thembi Kgatlana‚ veteran defender Noko Matlou‚ midfielders Refiloe Jane and Leandra Smeda‚ and forward Jermaine Seoposenwe provide the experience that is the backbone of the combination.

"I have looked at all the scenarios and I wanted to make sure that I gave players as much opportunity as possible to show themselves‚" Ellis said announcing the squad at Safa House in Nasrec‚ Johannesburg.

"Our squad not only has senior international experience - in the Olympics‚ continentally‚ in the Africa Cup of Nations and Cosafa Cup - but also from junior Under-17 level too. It has a combined total of more than 1‚000 international caps in it."

The squad assembles in Johannesburg on Wednesday and departs for France on Thursday.

The pre-World Cup camp will be in Rouen‚ 134 kilometres north of Paris. A final friendly international will be played against Norway in Amiens on May 27.

Banyana were placed into a tough Group B with Germany‚ China and Spain in the World Cup draw in Paris on December 8.

The South African women's national team‚ who qualified for France 2019 as finalists in the 2018 Africa Women Cup of Nations (Awcon)‚ will have their work cut out progressing past the group stage of their first World Cup.

Germany‚ the 2003 and 2007 world champions‚ are the powerhouse team in Group B. Spain are playing in just their second tournament‚ having qualified for Canada 2015. China are playing in their sixth World Cup‚ their best finish coming as runners-up in 1999.

Ellis's players may have never competed in a World Cup‚ but do have a yardstick for their abilities on a global stage from their appearances at the last two Olympics‚ at London 2012 and Rio 2016.

They exited both in the first round‚ but showed signs of progression from Great Britain to Brazil four years later.

In 2012 under Joseph Mkhonza South Africa lost 4-1 against Sweden and 3-0 against Canada‚ but recovered to a creditable 0-0 draw against Japan‚ that year's 2-1 finalist losers against the USA.

In 2016 Banyana‚ under Vera Pauw‚ lost 2-1 against eventual losing finalists Sweden‚ and 2-0 against China‚ then drew 0-0 against fourth-placed finishers Brazil.

The World Cup runs from June 7 to July 7.