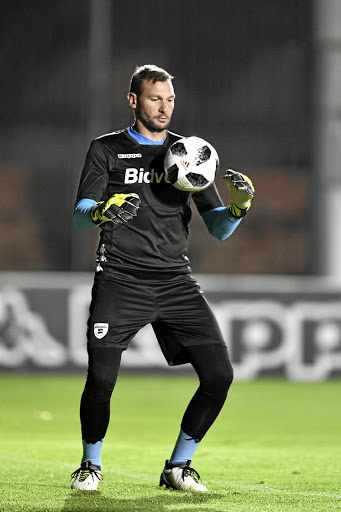 Prodigy Ricardo Goss, 25, has been starting amid the stand-off between the club and Keet. Wits coach Gavin Hunt didn't beat about the bush, confirming Keet is being frozen out because he hasn't penned a new deal with the university club.

"The situation is that Darren hasn't signed a new contract. His people and our people are talking, and they haven't come to an agreement. I've been told to do what's best for the football club in the long term," Hunt said after their 3-1 home victory over Black Leopards on Wednesday.

Bidvest Wits coach Gavin Hunt dropped a bombshell when he revealed that No1 goalkeeper Darren Keet's decision not to sign a contract extension at the ...
Sport
2 years ago

In such a crucial stage of the season it goes without saying that Wits need Keet's experience. In the three matches he has played, Goss, the former Golden Arrows third-choice keeper, has kept just one clean sheet, conceding two goals.

Wits are third on the log on 47 points after 27 games. The Students still have a realistic chance to catch up with leaders Orlando Pirates in the final stretch. "We are still fighting, mathematically anything can happen. We have to keep going, we have three games left," noted Hunt.

After SuperSport, Wits will host Baroka at Bidvest Stadium on May 4. In the last game of the season, seven days after playing Arrows, they travel to Durban to face an unpredictable Golden Arrows side.