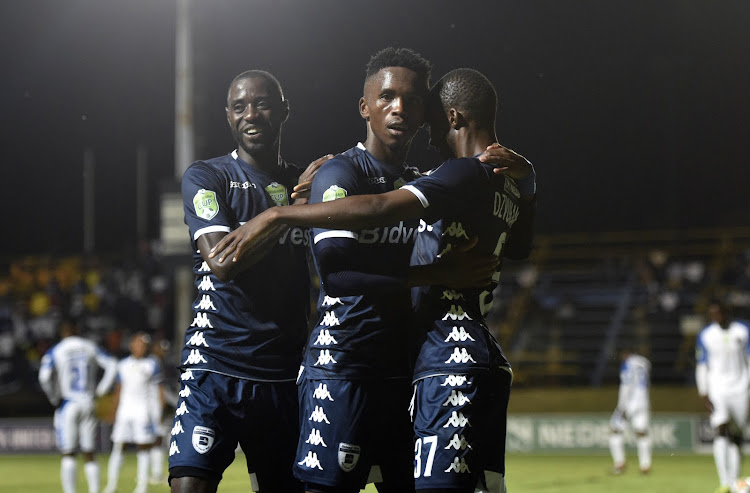 Deon Hotto delivered a late goal to keep alive Bidvest Wits’ title hopes in the Premier Soccer League with a 1-0 away victory over Chippa United at the Nelson Mandela Bay Stadium on Friday night.

Wits are now up to 44 points, level with Mamelodi Sundowns and three behind leaders Orlando Pirates with four matches left to play.

Wits, who have a better record on the road than at their own stadium, looked more like the home team as they dominated the first half exchanges with Chippa sitting back and hoping for chances on the counterattack.

Setpieces provided the best opportunities for Gavin Hunt’s team but it was a cross in open play from Dominguez that saw Thulani Hlatshwayo coming closest as he powered a header against the crossbar in the 15th minute.

A break away soon after for Thabo Rakhale ended with a weak shot that Ricardo Goss, again preferred to Darren Keet in the Wits’ goal, had no trouble dealing with.

Just before the break there was also a half chance for Terrence Djvukamanja after a smart build-up but on his weaker right foot, the Zimbabwean shot wide.

Two freekicks after half-time offered Chippa a chance to take the lead but instead of the rockets seen earlier this season from Rhulani Manzini, it was Andile Mbenyane who took two quick kicks and wasted them both.

Wits continued to dominate, winning almost all the second balls, but a rare slip offered Chippa another chance to break the deadlock as Mark Mayambela put Rakhale through, only for the ex- Pirates man to pull his shot wide.

Changes on either side offered an opportunity to liven up the game, with substitute Hashim Domingo going close before the deadlock was finally broken.

A cross from the evergreen 35-year-old Dominguez with some 15 minutes remaining was met by a diving header from Hotto, sending Mbongeni Mzimela in Chippa’s goal the wrong way.

Ruzaigh Gamieldien had a chance to equalise with a freekick in the 81st minute that Goss did well to turn over the crossbar.