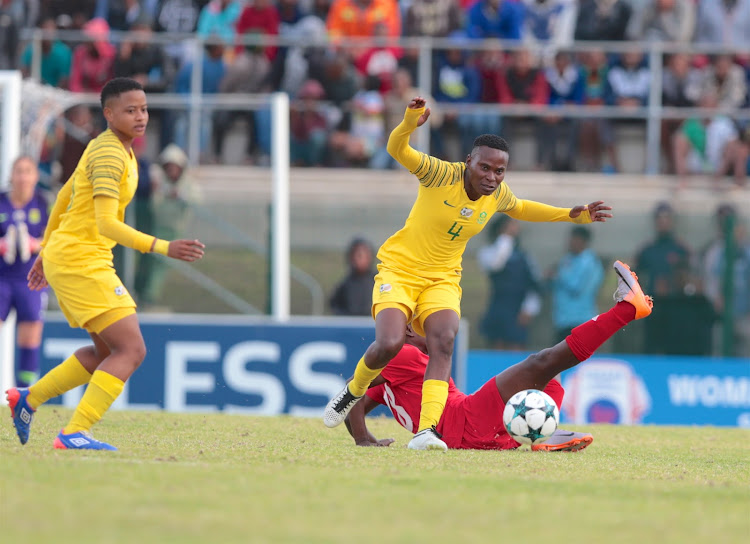 Noko Matlou never thought she would last so long – more than a decade – playing for the national team after making her debut 11 years ago.

The 33-year-old workhorse will reach an incredible milestone for the senior national football team when Banyana Banyana play in their last home World Cup warmup match in Durban on Sunday.

The Moletjie-born star‚ who in 2009 became the first South African footballer to receive the Caf Women’s Player of the Year award‚ will win her 150th cap for Banyana this weekend when the national team tackle Jamaica at the Moses Mabhida Stadium.

Banyana are bound for the World Cup in France to be staged from June 7 to July 7 and Matlou relishes the opportunity to represent the country at the highest level in what could be her last major tournament with the team.

“I’m so grateful to be counted among the most capped footballers in South Africa. It hasn’t been an easy journey getting to where I am today‚ but it has definitely been rewarding‚” Matlou said.

The Banyana legend will become only the second footballer in South Africa after Janine van Wyk to reach the 150-cap milestone.

“Since I started playing football‚ I’ve always wondered what kind of player I would be‚ how many caps I would reach and how long I would play for the national team‚” she said.

Matlou has been part of Banyana for more than 11 years with so many achievements‚ but has never represented her country at World Cup level.

She has called on the fans to rally behind the team in their first-ever encounter against Jamaica‚ who are also going to the World Cup‚ and said the 2019 edition is South Africa’s time to shine on the global stage.

“There is a lot at stake and I think it’s up to each player to make this opportunity count‚” she said.

“Some of us‚ and those who were there before us‚ have been waiting for so long for this moment. I believe that this is what being ‘Limitless’ [the slogan for Banyana’s sponsors‚ Sasol] is all about‚ never giving up on your goals.

“Our time has come‚ our time is now. We worked really hard to get to where we are.”

Banyana return to Durban after an eight-year absence. The last time they played there was during the 2012 Olympic qualifiers against Tunisia.

The Jamaica encounter will mark the first time that the team play at iconic 2010 World Cup semifinal venue Moses Mabhida.

Having faced four European teams with a mixed bag of results this year‚ the Jamaica challenge provides the team with different dynamics.

“I hope to see Durban supporters come to the game and show their love – it would really mean a lot for us to get a special South African sendoff‚” Matlou concluded.

Matlou will be recognised by Sasol and the SA Football Association (Safa) for her milestone before the match.

2012 SA Sportswoman of the Year