Misery for Banyana Banyana after defeat to Czech Republic 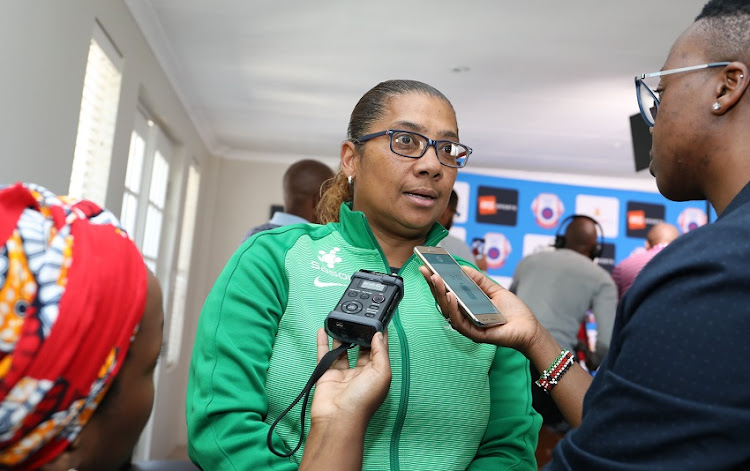 Banyana Banyana let a late lead and a numerical advantage slip as they lost 2-1 to Czech Republic in their final pool game at the Cyprus Cup on Monday‚ a further dent in their build-up to the FIFA Women’s World Cup in France later in the year.

Mamello Makhabane had put Banyana into the lead‚ but despite their opponents being reduced to 10 players before the break‚ could not go on to claim the win.

The Czechs netted twice late on in a strong second-half showing that was played in part in torrential rain‚ with Banyana now managing only a single point from their three games at the tournament.

Coach Desiree Ellis made three changes to the side that were thumped 4-1 by pool favourites North Korea on Friday‚ selecting Andile Dlamini‚ Kholosa Biyana and Amanda Mthandi in the place of Kaylin Swart‚ Nompumelelo Nyandeni and Thembi Kgatlana.

Banyana made a brighter start than in recent matches‚ showing purpose and confidence as they took the game to the Czechs.

They were rewarded when Makhabane took a pass from Linda Motlhalo and fired them in front on the 17-minute mark.

The European side were reduced to 10 players just before halftime when Andrea Jarchovska received a second yellow card for a foul on Refiloe Jane‚ which should have allowed Banyana to control the game.

Instead it was the Czechs who had the better of the second period‚ twice hitting the crossbar before Kamila Dubcova found an equaliser with 10 minutes to play on a sodden pitch that had plenty of surface water.

Banyana’s misery was compounded when Dubcova added a second a minute from the end‚ ensuring Ellis’s side remain bottom of their group.

They must now hope that North Korea beat Finland by three clear goals to avoid the wooden spoon in their pool.

Banyana have a final play-off games in the competition in Wednesday‚ but will only know their opponent once all the pool matches have been completed.

Saturday March 2‚ 2019‚ began like any other day in East London and there was no hint to the mayhem and tragic scenes that would see Siphiwo “Mawawa” ...
Sport
2 years ago

Tornado FC administrative director Nwabisa Mtshali has expressed her shock and devastation at the murder of club owner Siphiwo ‘Mawawa’ Nyobo‚ ...
Sport
2 years ago
Next Article