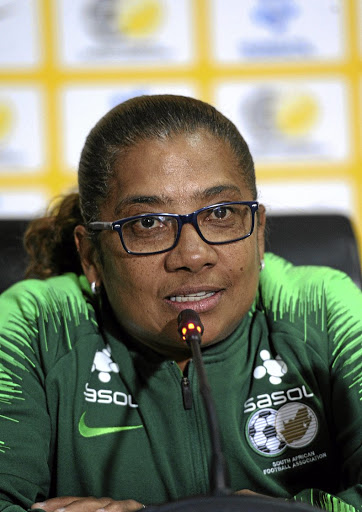 Banyana Banyana's failure to record even a single victory in the Cyprus Women's Cup was a much-needed reality-check ahead of their maiden Fifa World Cup.

SA lost three of their four fixtures in this 12-nation invitational competition, with one draw (2-2 against Finland in the opener).

Banyana were thrashed 4-1 by Korea DPR in their second group game, before surrendering the lead to lose 2-1 to Czech Republic.

Banyana's 3-0 thumping by Finland in the ninth-spot play-off on Wednesday, summed up what was a rather disappointing tournament in Cyprus for the South Africans.

Nevertheless, their primary objective in Cyprus was always to prepare for the World Cup. The international showpiece will be staged in France from June 7-July 7. SA were drawn in Group B, alongside Spain, China and Germany.

Banyana Banyana veteran Noko Matlou wore the captain’s armband as she made her 150th appearance in the national side‚ but it proved an unhappy ...
Sport
2 years ago

The Banyana tactician did not read too much into the results, feeling they have achieved their goal of gauging their readiness for the international showpiece.

"Anybody wants to win the tournament and it's about results. But for us it's a bigger picture too. to get ready for the World Cup. If we had won the tournament, we would not think about going forward. But there's a lot to think about.''

"The results did not come, but in all areas we were not as bad as the results showed. A lot of positives we can take out of this tournament. We [before the tournament] spoke about rotating the ball quicker and it happened at times. Creating chances, it happened a lot. Our defence was good. A lot of goals [they conceded] were scored from range.''

Striker-turned-defender Noko Matlou was happy to get her 150th Banyana cap.