Amajita get down to business 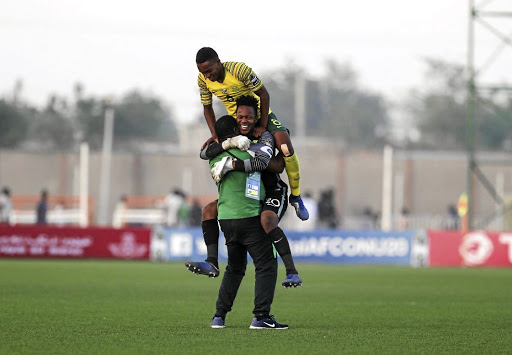 Amajita players will set up camp either in Poland or Spain in preparation for the U-20 World Cup in May.
Image: BackpagePix

The South African Under-20 national team has lined up top-class opposition ahead of the Fifa Under-20 World Cup, including Ukraine and Uruguay, Amajita coach Thabo Senong has revealed.

Senong said some of the matches will form part of the final preparations for the U-20 World Cup in Poland from May 23 to June 15.

"March will be dedicated to scouting and player-monitoring," Senong said, detailing how Amajita's World Cup preparations will unfold.

"We need to do a few club visits just to discuss the players who are already in the set-up, and maybe players who we missed in the previous camps. Some of the visits will be abroad to monitor and identify a few players.

"We start our phase-one preparation camp on April 1. The plan is to either camp in Spain or Poland.

"The final preparation camp will start on May 2 in Poland. We will play friendlies against countries such as Ukraine, who have confirmed that they want to play us on May 18.

"They are also working on Saudia Arabia, who have been doing well in Asia and Uruguay, who are one of the best teams in South America, and possibly another European team."

Uruguay finished third at the 2019 South American U-20 Championship.

Saudi Arabia won the 2018 Asian U-19 Championship, beating South Korea 2-1 in the final in November.

The Koreans, ranked No11 in the world, easily tore Banyana apart and led 4-0 at the break. Lebohang Ramalepe reduced the deficit early in the second period.