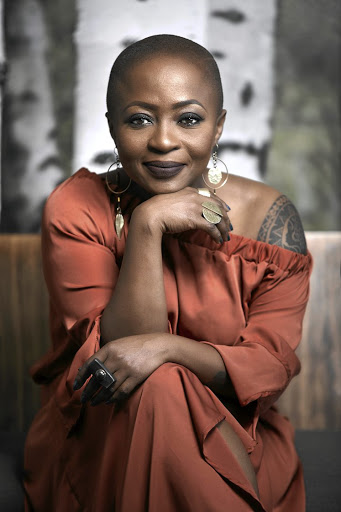 Kgomotso Matsunyane, who is well known for her TV and theatre work, is a veteran in the arts landscape with almost 30 years experience.

One of Mzansi's all-round entertainers Kgomotso Matsunyane has been nominated in the upcoming 10th annual Liberty Radio Awards.

Matsunyane, 46, a veteran in the arts landscape with almost 30 years experience, was given two nods for her Kaya FM afternoon drive show Uncaptured, which she co-hosts with author Ndumiso Ngcobo.

The rib-cracking show, which airs on Gauteng's adult urban private station from Monday to Thursday from 3pm, was nominated for the Best Afternoon Drive category, while Matsunyane was drafted into the pool for the Best Presenter gong.

An excited Matsunyane, who was mainly known for her TV and theatre work, said this was her first nomination as a radio presenter.

She said it will give her proper bragging rights. The actress said the nomination was not only a reflection of her abilities but that of the entire team.

"I co-host this show with Mapholoba [Ngcobo], so this is clearly not just a reflection of me but of us as a team. I have a whole family of people who are all consummate professionals.

"[Sports presenter] Sandile van Heerden [also nominated] is a star in his own right. He's one of the most genuine and effortlessly funny people you will ever meet. I'm always telling him he should pursue a career as a comedian, because he's that brilliant. And then there's news and traffic people who are consummate professionals and effortlessly fit in to help Ndumiso and I to create a winning team. With or without the award, we've already won," she said.

Apart from being on radio, Matsunyane runs a successful feminist production company called One Man and His Dog Films. It makes programmes for, by and about women.

"Our talk show RISE, which we produced for the NGO Soul City and which showed for 3 seasons on SABC1, is the most-watched talk show in the country, bringing in over 4-million viewers per episode. That is much more meaningful to me than winning awards.

"I've also just bought a building in Selby in the CBD that has audio and video studios for independent content creation [podcasts, webseries, etc], as well as a dance studio," she said.

"I will also be setting up The Barbara Masekela Feminist Library - the first free, mobile feminist library in the country that is dedicated to documenting women's work, words and history. The building will also have a co-working space environment, as well as restaurants and a retail section."

Moloi, who is also a television presenter, said she feels honoured and encouraged by the nod.

- Liberty Radio Awards will take place at the Sandton Convention Centre on April 13.