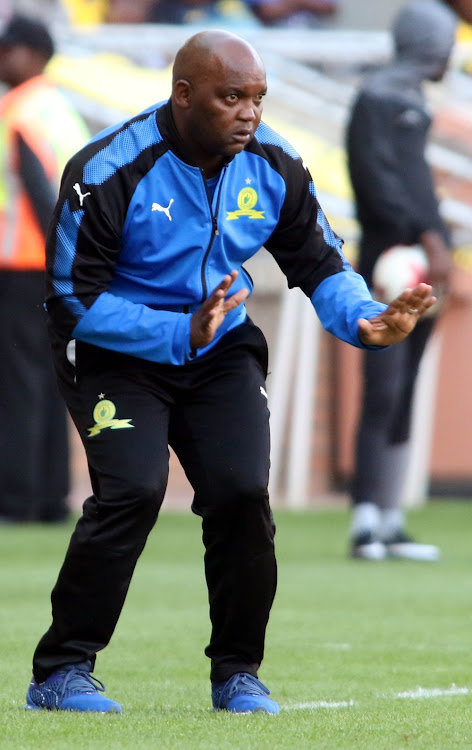 Mamelodi Sundowns coach Pitso Mosimane has given the reasons why he felt it was so important for his Absa Premiership match against Maritzburg United on Tuesday to be postponed‚ even though Downs turned down a date of March 29.

Following Friday night’s 1-1 home draw against Zimbabwe’s FC Platinum‚ Pirates need a win against Horoya in Conakry next Saturday to reach the quarterfinals.

Sundowns‚ also not involved in the weekend of March 29 to 31’s round of Nedbank Cup quarterfinals‚ were also offered March 29 to delay their PSL game against Maritzburg at Harry Gwala Stadium on Tuesday to‚ but turned it down.

Mamelodi Sundowns have been refused a postponement of next Tuesday’s league game against Maritzburg United and must now change their travel plans for ...
Sport
3 years ago

Downs travel to Morocco to meet Wydad Casablanca in their final Champions League (ACL) Group A game next Saturday.

Downs appear to feel March 29 is too close to their ACL quarterfinal – should they reach that stage – on April 5. But they still wanted the game against Maritzburg postponed to somewhere else.

Sundowns will find it hard to rest players against Maritzburg on Tuesday‚ in a tight PSL race.

Mosimane has also insisted that‚ although Downs can qualify for the ACL quarters by beating Nigeria’s Lobi Stars at Lucas Moripe Stadium on Saturday night‚ the game against Wydad this coming weekend may be vital.

This was because Downs would ideally want to top Group A to avoid the tougher half of the knockout stage draw.

“The win this week [on Saturday night against Lobi] will make you qualify. But if the result is not very good for Wydad at Asec Abidjan‚ you might be playing for a point at Wydad [next Saturday]‚” Mosimane said.

Pitso Mosimane is in no doubt who should be crowned as the PSL Midfielder of the Season when the award.
Sport
3 years ago

“And then where are you? You are sitting on the left [weaker] side of the [knockout stages] pot.

“I would rather draw from the left side of the pot‚ to be honest. So that game also [against Wydad]‚ it’s a big game. Because you want to pave your way through to the final.”

Sundowns have often in the past cried foul at the PSL’s alleged lack of assistance in delaying domestic fixtures as the 2016 Champions League winners have chased continental success.

In many cases‚ Downs’ complaints were completely valid. In this case‚ the situation appears to be more nuanced.

Sundowns are already a game behind most PSL teams. And the league has had to factor in the national elections on May 8‚ a weekend when no matches will be played‚ when looking for space for Downs' match against Maritzburg to be rescheduled to.