Senong tunes up for World Cup after Afcon setback 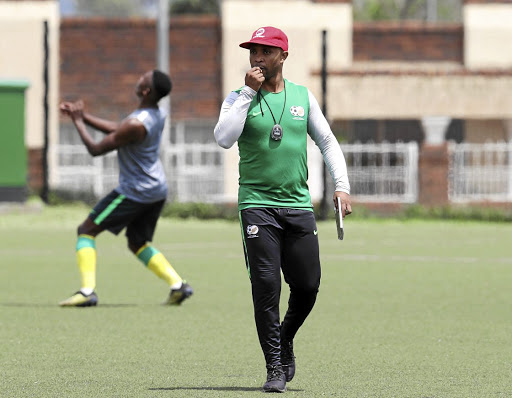 Amajita coach Thabo Senong has already started planning for the Under-20 Fifa World Cup, starting on May 25 until June 16 in Poland this year.

The Amajita mentor aims to use this clash as their first step to prepare for the World Cup.

"Obviously, we are now looking forward to the World Cup. This upcoming game against Nigeria gives us a wonderful opportunity to start our preparations early.

"I am also going to give some fringe players a run against Nigeria. It's vital to assess each and every player at this point in time," said Senong.

Nigeria and SA have already faced-off in this tournament, playing out to a goalless draw in group stages.

It was Senegal who denied South Africa a spot in the final, beating them 1-0 in the semifinals on Wednesday night. The Flying Eagles' dream to play in the final was ended by Mali via a 4-3 penalty shoot-out victory.

"Nigeria is a very organised team both in attack and in defence, it should be an interesting game for both nations.

"As much as we are using this match to get ready for the World Cup, we still want to win it. We cannot just go there with a negative mindset," noted the Amajita tactician.

Amajita have been below par throughout the tournament, having only scored two goals in four matches (both from set-pieces) and conceded two as well.

But still, Senong is not of the notion that they've not been convincing as he only falters their attack.

"I am still very proud of my boys. I think they've played good football with organisation. We didn't have a lot of power in attack to create more chances but I am positive going forward,'' noted Senong.