'Thabo Senong is the right man to coach the U23 side' 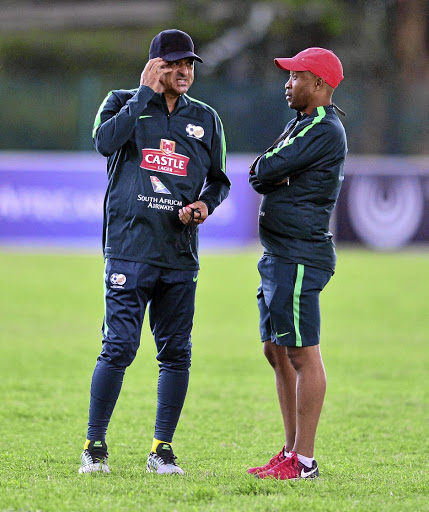 Former SA U23 coach Owen Da Gama has identified the man who can take over from him.

The U23 team has been without a coach for more than a year since Da Gama's departure. He later joined Highlands Park, whom he guided to the Premier Soccer League from the National First Division.

SA's U23 team will begin their qualifying journey for the Tokyo 2020 Olympics by playing Angola in the second round next month and if they go through, they will face either Zimbabwe or Eswatini/Mozambique in the final round of qualifiers.

"I think in my own personal capacity, they should give it to Coach Thabo. I definitely think so," Da Gama said yesterday, while speaking to the media at his club's training base in Balfour Park, Johannesburg.

Coach Thabo Senong admits his side must go back to training to find the right formula to score goals as they prepare for a final Group A clash ...
Sport
2 years ago

" He's worked with me and he's done well with the young boys. A lot of the boys that he had at U20 are now U23, so he knows them and that database.

"I'm praying with all my heart that they give the job to Coach Thabo and not bring in someone who's going to start afresh again."

The fourth-place finisher plays in a play-off against a team from the Asian Football Confederation. SA have qualified for the Olympics twice before, in Sydney in 2000 and in Rio de Janeiro in 2016.

For now, however, Senong has an even more important task of guiding his charges to the U20 Africa Cup of Nations final under way in Niger.

Amajita meet Senegal in the semifinals in Niamey tonight at 8.30pm SA time.

By being in the last four, Senong's boys have already booked their place in the Fifa U20 World Cup to be played in Poland in May.

"I think it's not a big achievement but humongous considering he couldn't get the overseas players like Lyle Foster. As you know that is a problem," Da Gama said.

"So, if you take all those things into consideration, it's a humongous achievement. He's done fantastically well."