Senegal are SA's toughest test yet 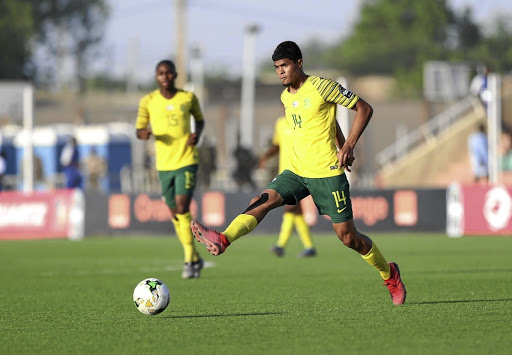 Amajita's Africa Cup of Nations semifinal clash against high-riding Senegal at Seyni Kounche Stadium in Niger tonight (8.30pm SA time) is in many ways their toughest test in the tournament.

Both SA and Senegal may have achieved their main goal of qualifying for the under-20 Fifa World Cup in Poland from May 25 to June 16 this year, but neither country can afford to rest on their laurels as a spot in the final is at stake.

SA booked their World Cup ticket and their last-four spot by finishing as Group A's runners-up behind Nigeria, while Senegal impressively topped Pool B, winning all their three group fixtures.

While Senegal have earned the tournament's favourite tag for their spindled performances in all the matches they've played, it's not a secret that Amajita have not been at their best in this biennial youth tournament so far.

While their attack leaves a lot to be desired, a somewhat top-drawer defensive work proved the catalyst for Amajita
Sport
2 years ago

The Group B winners have proven to be a complete team as they've scored nine goals in three matches, conceding only one (in their 5-1 thumping of Burkina Faso in the last Group match last Saturday).

Senegal's excellence paints somewhat of a grim picture of Amajita's chances of beating the West Africans. SA are yet to score from open play in this competition, having scored via a free-kick against Niger and netted through penalty against Burundi.

At the back, Thabo Senong's troops have been brilliant as they've only conceded one goal in three games (in their 1-1 draw against Niger).

"It is not going to be an easy game for either side but we have studied our opponents and we know what to expect.

The technical staff has been exceptional in preparing this team, and we are ready for the match," said Le Roux.