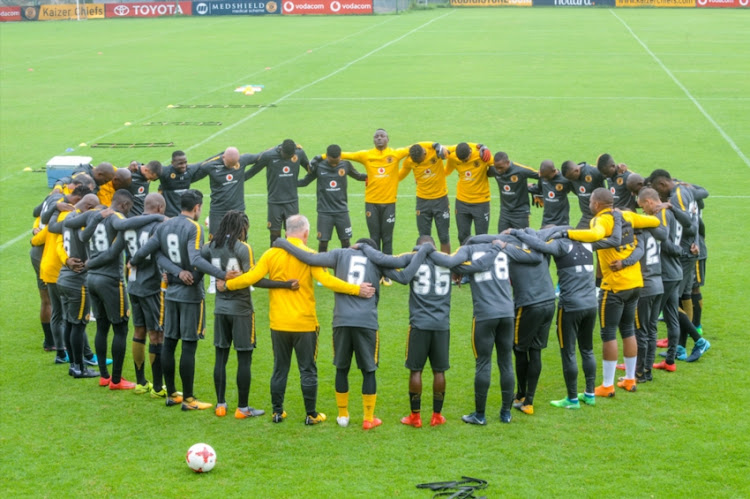 Kaizer Chiefs opened their doors to the media for a tour inside their state-of-the-art gym at their training base in Naturena in the south of Johannesburg on Tuesday as they prepare for their Soweto derby against Orlando Pirates.

Chiefs host their arch rivals Pirates in the 166th Soweto derby at FNB Stadium (kickoff at 3.30pm) looking to avenge the three back-to-back defeats they suffered at the hands of their traditional foe during the 2018 calendar year.

During an open media day at Naturena‚ Amakhosi invited journalists inside their world-class gym facilities as the players fined-tuned for the crunch matchup.

Tickets are expected to be sold out before the end of Tuesday (four days before the match) after it emerged that there were only 5‚000 tickets left.

"They have been selling at about 3‚000 a day.... we expect they may be sold out by tomorrow (Wednesday)‚” Chiefs communications manager Vina Maphosa said on Tuesday morning.

The previous Soweto derby‚ played at Durban’s Moses Mabhida Stadium in November‚ was sold out just a few hours after tickets went on sale.

Trophy-hungry Chiefs‚ who are in their fourth season without winning silverware‚ are placed sixth on the Absa Premiership log standing with 27 points after 19 matches.

Ernst Middendorp’s team trail leaders Bidvest Wits by a staggering 10 points with 11 matches remaining. They are five points behind second-placed Pirates‚ who are on 32 points and have played a game less.

.@KaizerChiefs midfielder @GeorgeMaluleka on the tactics + changes in formations coach Ernst Middendorp has brought providing a surprise element that can reverse the club's 3-match losing streak this season against @orlandopirates in Saturday's @PSL_TV @OfficialPSL #SowetoDerby pic.twitter.com/bhPaZeolg8