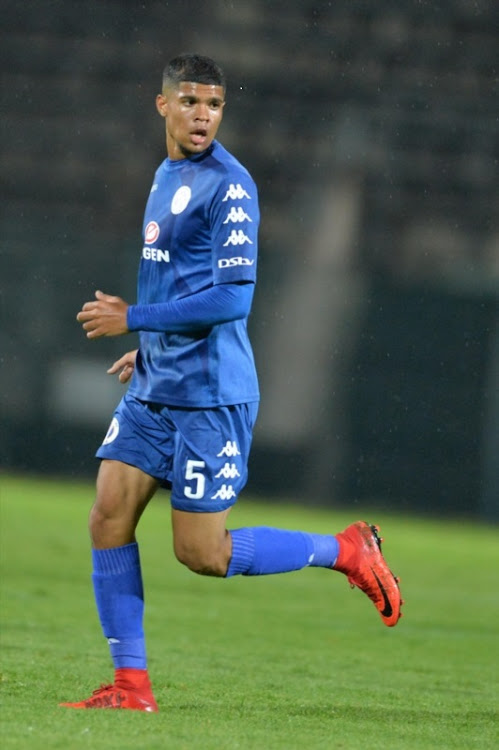 Like a pupil who's taught by own parent at school, SuperSport United midfielder Luke le Roux was always required to lead by example when he was at Stellenbosch, thanks to his father's managerial role at the club.

Le Roux, 18, was one of the most consistent players for Stellenbosch before joining SuperSport in January last.

Having only played four CAF Confederation Cup games early last year, Le Roux has been finding opportunities hard to come by at the Tshwane-based club.

The rock-solid midfielder is, however, an influential player in the MultiChoice Diski Challenge (MDC).

"My father Garth le Roux [not the former Proteas cricketer] is a team manager at Stellenbosch. When I was at Stellenbosch I always felt obligated to work extra hard to avoid any suspicion of a special treatment because of my father's role," said Le Roux.

"Working with my dad toughened my character and that's why I am willing to fight for my place at SuperSport. I do not expect the coaches to feel sorry for me that I am not playing, I want to earn my stripes.''

Amajita coach Thabo Senong has had his struggles having his sizeable European-based contingent arrive for a pre-Africa Under-20 Cup of Nations camp‚ ...
Sport
2 years ago

The lad from Stellenbosch is currently in Amajita camp, preparing for the CAF U-20 Africa Cup of Nations, starting on February 2-17 in Niger.

"SuperSport are a club that believe in youth. You have Mokoena there in the first team. I mean I have no reason to be dispirited. I have been gaining a lot of international experience with the [U-20] national team. I hope that I will make the final squad to Niger,'' noted the SuperSport budding star.

Le Roux is a dynamic and well-rounded midfielder, with good awareness and strong aerial ability.

He can cover a lot of ground efficiently, recover the ball and quickly join in the team's attacking plays. A physically strong, energetic, and tactically intelligent player.