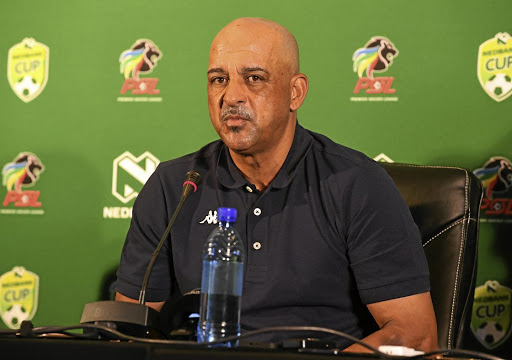 Highlands Park coach Owen da Gama is working around the clock to find a suitable playmaker, thinking such signing would enable their top-scorer Mothobi Mvala to be even more offensive.

With the current transfer window shutting down in the next seven days, time is certainly against Da Gama unless his preferred playmaker is a free agent.

"That [bringing in a play-maker] would allow Mvala [who has seven league goals] to move forward freely.

"That would see us attack much better," said Da Gama at a media conference at the PSL offices in Parktown yesterday.

"We are also aware that the transfer window is closing in the next few days, but we are really pushing to get a play-marker.''

While he insisted they won't underestimate Usuthu, Da Gama hinted he might use fringe players tomorrow.

"Playing in various cup competitions is the only way we can grow as a team. This game against Usuthu is a great opportunity for some of our inexperienced players to taste a cup competition. But with that said, we are not taking AmaZulu lightly,'' Da Gama said.

The coach further gave his honest opinion on his striker Tendai Ndoro's contribution to the team, feeling the ex-Orlando Pirates and Ajax Cape Town marksman has not reached his best form yet. He has only scored once in seven outings.

"I do not think Tendai is at his best yet. You've got to understand that Tendai is used to playing with another striker. drops off and there's a target man he can make play. He really makes a team buzz," noted Da Gama.