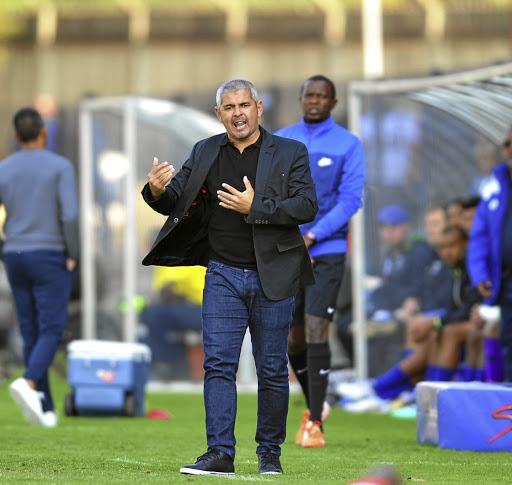 Chippa United mentor Clinton Larsen is hoping to put an end to the revolving door of coaches at the club by bringing about stability.

Contracted only until the end of the season, Larsen has expressed interest in a longer stay with the Chilli Boys.

"I would like to bring a little bit of stability," Larsen said.

"I have done that in the past at Bloemfontein Celtic and I have done it at Golden Arrows where I stayed for three years.

"I am not the type who likes to jump around from job to job and hopefully [when] we get out of this situation (relegation zone) I can do the same here. I am looking forward to being here for a very long time if it works out that way."

The Port Elizabeth-based outfit is notorious for the chopping and changing of the coaching staff.

The club is already on its fifth coach for the season, which is just past the halfway- mark.

Trigger-happy Chippa boss Siviwe Mpengesi's first victim this season was Vladislav Heric, who was appointed ahead of the start of the campaign but was fired without taking charge of a game.

He was replaced by Dan Malesela, who gave way to Eric Tinkler. Joel Masutha took over from Tinkler in early December and was only in charge as an interim coach for five games, none of which he managed to win.

"You know, football may have a different way of deciding my fate, but I'd like to be here for a longer time and hopefully this is the start of good things to come," he said.

The former Arrows coach made an impressive debut at his new home on Saturday with a 2-0 win over Maritzburg.