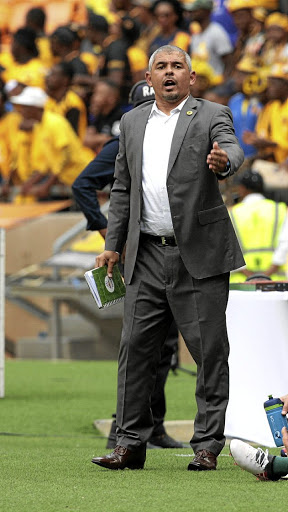 There's another coaching change in the PSL with Clinton Larsen taking over from Joel Masutha at Chippa United.

Larsen, who parted ways with Golden Arrows recently, was appointed yesterday following Masutha's sacking. This was after Chippa were beaten 4-2 by Orlando Pirates at Orlando Stadium on Tuesday night.

Masutha, who started the season with Black Leopards and was later dismissed, arrived at the Port Elizabeth-based side early last month.

He replaced Eric Tinkler, but after failing to win any of his five games in charge, Masutha hit the road. Under him, Chippa drew two games and lost three, and sit in 15th spot.

He becomes the third coach to be fired by the trigger-happy Siviwe "Chippa" Mpengesi this season after Dan Malesela and Eric Tinkler.

Besides the three changes at Chippa, there have been six other sackings or resignations at other PSL clubs this season, bringing the total of coaching casualties to nine and the League is only halfway into the season.