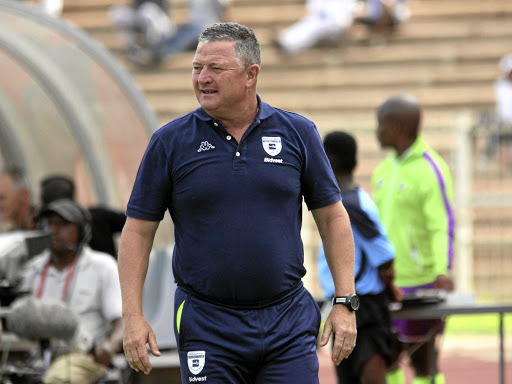 The Premier Soccer League title race has been blown wide open as a result of Bidvest Wits' recent inconsistencies.

As the frontrunners, the progress of the chasing pack is naturally pegged against the university side.

Wits have collected one point out of a possible six in their last two games against Kaizer Chiefs and Polokwane City.

In their recent match against Polokwane on Sunday, Wits had to twice fight back from behind to draw 3-3 at the Old Peter Mokaba Stadium.

The gap between the leaders and Polokwane (27 points) in sixth place is now only seven points.

Even Cape Town City and Chiefs (also on 27 points) will now start to believe that they have an outside shot at the league title.

Wits coach Gavin Hunt conceded that his team should have extended their lead in the standings.

"In the past few games we probably could have collected more points but we had some away games," Hunt said.

"The results are not due to a lack of playing or being poor. I mean, the game against Polokwane, I feel we could have won it by double digits with the number of chances we got."

Rise and Shine have been the surprise package this season with their impressive showings under coach Jozef Vukusic.

The Slovakian has praised the competitiveness of the league, which has no clear favourite at the moment.

"I think we can be satisfied with the results that we have had in the past because the SA league is very strong," he said.

"A few teams have a chance to win it.

"Our job is just to focus on each game we play and not worry about many things."