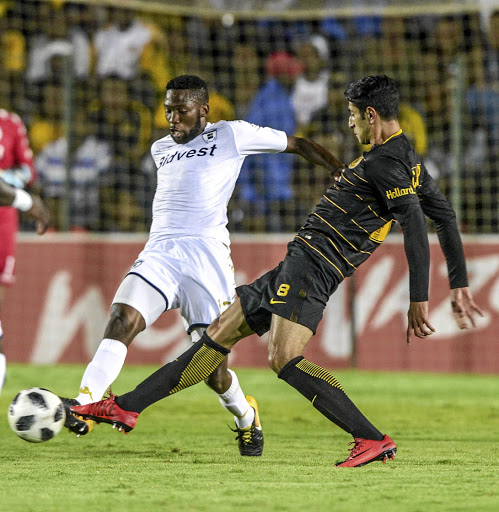 Bidvest Wits defender Buhle Mkhwanazi will put his sympathy for Kaizer Chiefs aside as his team looks at crashing the party.

As Chiefs celebrate their 49th year anniversary this week, they face a stark reality of an unprecedented fourth season without a trophy.

Amakhosi are practically out of the league race and their only hope for salvation this season is the Nedbank Cup.

But before they can think that far ahead, Amakhosi have a high-flying Wits to contend with at the Bidvest Stadium tonight (7.30pm).

"Any match against Chiefs is always going to be difficult and, to be honest, I feel they were very unlucky against [Mamelodi] Sundowns," Mkhwanazi said.

"They had a good game and we should not forget that in many aspects they were on top. So against us they will be more focused and will eliminate many of the mistakes they made."

Chiefs suffered a stinging 2-1 loss against Sundowns at the weekend after an error from goalkeeper Virgil Vries gifted the opposition maximum points.

The Bafana Bafana regular feels that this season "lady luck" has been on their side.

"I think we did well to sign the players that we did and also not have a problem with injuries. Last season, we had an injury crisis," Mkhwanazi said.

This season is about redemption for Wits after their humiliating follow-up season to their Premiership triumph in the 2016/2017 season.

Mkhwanazi admits they are eager to make up for their embarrassing previous campaign.