Mlambo urges for calm at Bucs 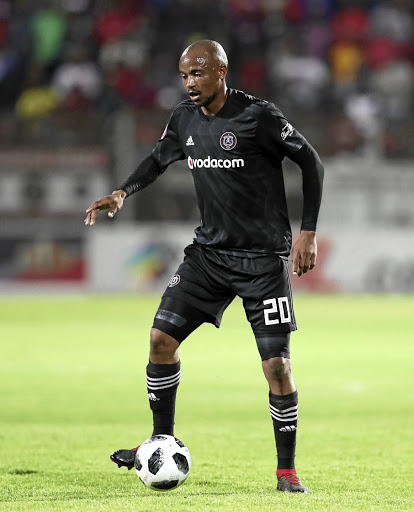 Xola Mlambo says Orlando Pirates need to run their own race and not worry about rivals to win the league title. /Muzi Ntombela/ BackpagePix

Orlando Pirates midfielder Xola Mlambo has warned his teammates not to fuss too much over the league standings.

The Buccaneers have slipped off the top to second position in the ABSA Premier League log with Bidvest Wits having made a surge to the summit.

At the halfway mark of the race, Bucs are second with 28 points while Wits are in the lead on 33 points. As a former Wits player, Mlambo knows very well what his team is up against but does not want panic to set in at this crucial stage.

"The league is a marathon and when you are running a marathon you cannot focus on the person next to you," said Mlambo, who won the league title with Wits in the 2016/17 season.

"It's important to focus on our own race and not to start worrying about the end. Wits are an experienced team and they have one of the best coaches in the country.

Zambian striker Justin Shonga scored to oddest of goals to send Orlando Pirates to the money-spinning group phase of the CAF Champions League after ...
Sport
3 years ago

"We have to concentrate on ourselves and set our own pace and to know when to increase it or push harder."

The Sea Robbers will look to reduce the five-point gap when they face Chippa United at the Orlando Stadium tonight (7.30pm).

The midfield maestro feels it will be a challenge going up against an opponent that is fighting relegation.

"Looking at their position we have to be up for a fight. One team is fighting relegation while we are in the title race," he said of the Chilli Boys, who are 15th with 12 points from 16 games.

With the New Year in full swing, the 27-year old from Dobsonville said the objectives for the team have not changed.

"As a team we set our goals at the beginning of the season and we all know that [winning] cups is what is expected at such a big club like Pirates."