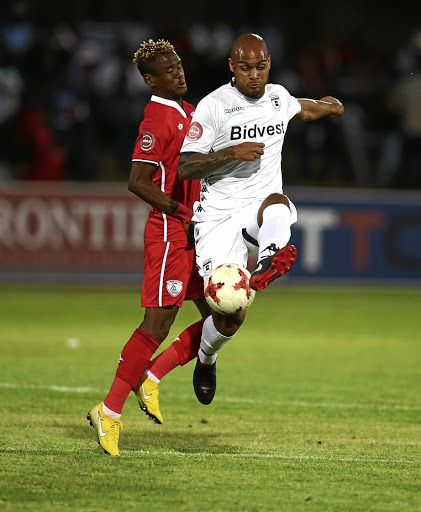 Bidvest Wits' free-scoring attack will put the frail Kaizer Chiefs defence to the test on Wednesday.

The German replaced Giovanni Solinas last month after the Italian was axed for a string of disappointing results.

After starting his tenure with three consecutive wins, Middendorp faced his first real test against defending champions Mamelodi Sundowns at the weekend.

In their 2-1 win at the FNB Stadium, Sundowns exposed some of Amakhosi's deep weaknesses that include the quality of their defenders.

Defenders Mario Booysens and Godfrey Walusimbi were caught out on a number of occasions by the Sundowns attack while Willard Katsande was curiously used as a centre-back.

The opening goal from Anthony Laffor came after Walusimbi failed to track him down. The second goal was a howler from goalkeeper Virgil Vries, which suggested that he was a man who was having an anxious time between the sticks.

The Glamour Boys will now take their shortcomings to Bidvest Stadium on Wednesday (7.30pm) to play the highest-scoring team in the league.

Wits are at the summit of the Premiership with 24 goals in 16 games. Their goal scorers are spread across the squad, with numerous players contributing.

This has resulted in the university side sitting comfortable at the top with 33 points - five ahead of Orlando Pirates in second place.

Chiefs have dropped down the table to eighth with 21 points from 16 games. They have conceded 15 goals this season, with five wins, six draws and five losses.