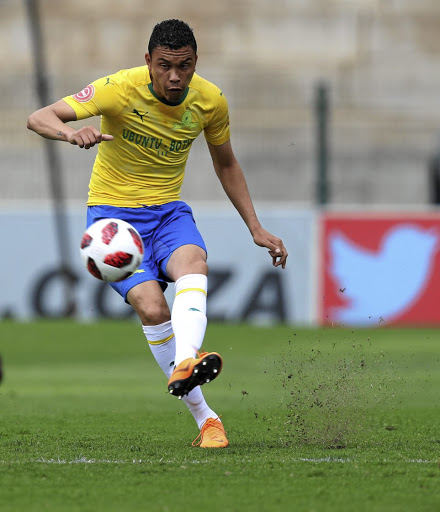 Sundowns are playing in their first season in four years without Billiat, who jumped ship to join Kaizer Chiefs in June.

The Brazilians will travel to the FNB Stadium to take on Chiefs tomorrow (3.30pm) in the biggest match of the new year.

Nothing could separate the teams on the opening weekend of the season, when they drew 1-1 at Loftus Versfeld.

Billiat was a star player at Chloorkop, where he won three league titles and numerous personal accolades.

Sirino is now the main man at the club where he has scored five goals and contributed three assists in 16 games.

"Gaston has done well for us since his arrival and is one of our key players in the team," Nascimento told Sowetan.

"Losing Khama was obviously a big blow but a number of our players have raised their hands including Gaston. Every year we lose players at Sundowns but we have enough quality to make up for that."

There have been a number of players who have stood head and shoulders above their peers in the first half of the Absa Premiership season.
Sport
3 years ago

It is not only Billiat that Nascimento and co will have to worry about as former teammate Leonardo Castro will also need to be watched closely.

Nascimento and Castro were teammates at Chloorkop before the latter also switched to the Glamour Boys in January last year.

"Leo is an incredible striker with an eye for goal, which means he just needs one chance and can score for his team," he said.

"This season has not been easy for him due to injuries. But just like any top striker he is dangerous and he will also be motivated playing against his former team."

He continued: "We know each other very well. Since arriving in SA Castro and I have become good mates because obviously at first we had to stick together because we couldn't speak the language."