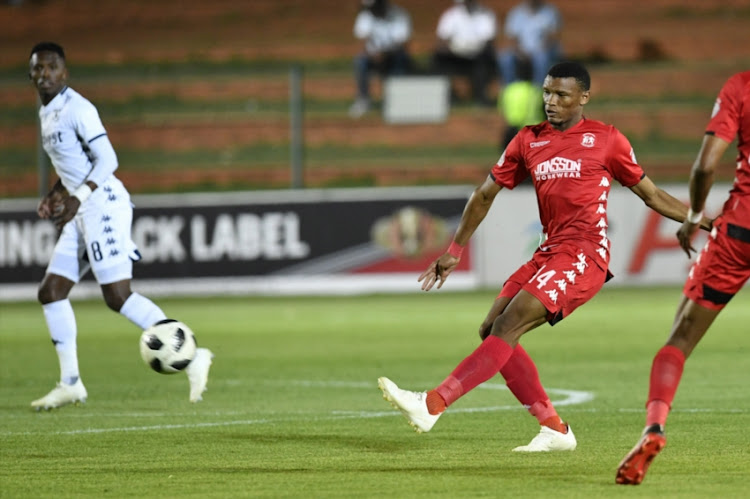 There have been a number of players who have stood head and shoulders above their peers in the first half of the Absa Premiership season.

But there are three players we have singled out who have simply been outstanding with no signs of stopping.

The Highlands Park towering central midfielder has carried the Lions of the North on his broad shoulders without breaking a sweat in the first half of the season.

He has put in consistent performances and chipped in with important goals from a deep midfield role.

The 24-year-old Mvala is the league’s top scorer with seven goals and his strikes have inspired Owen da Gama’s team to an impressive eighth place on the log with 20 points at the halfway mark.

It is no wonder that his coach Da Gama came out guns blazing last week in an emotional tirade aimed at rival Premiership clubs that he believes are trying to poach him.

Da Gama went as far as suggesting Mvala is better off leaving Highlands for an overseas’ team than move to one of the bigger local clubs.

The Uruguayan has adapted to the local game and Mamelodi Sundowns’ style of play just as a duck takes to water.

Few foreigners come to the PSL and acclimatise as quick as the skilful and speedy South American has since joining the Brazilians in January this year.

He played a bit part as Sundowns closed in on the Premiership title but it is in this current campaign that he has come of age.

The 26-year-old winger has played 16 matches in all competitions scoring five goals and three assists.

It is no wonder that Mosimane has tipped the diminutive South American to scoop the coveted PSL Footballer of the Year crown.

Mosimane produced the last two PSL Footballer of the Year recipients with Khama Billiat winning it in 2017 and Percy Tau scooping the 2018 crown.

Like with many before him‚ Lebohang Maboe was expected to struggle to nail down a regular starting place when he signed for the star-studded Brazilians in August from Maritzburg United.

But the attacking midifielder‚ the son of former Orlando Pirates and Bloemfontein Celtic star Sidwell‚ has exceeded expectations.

Maboe has played in all but one match for Sundowns with 18 appearances in all competitions scoring three goals and providing four assists.

The Sundowns squad is teeming with unbelievable talent and the fact that Maboe has managed to cement a regular place speaks highly of his improvement.

Maboe’s improvement since joining Sundowns has seen him crack the nod for Stuart Baxter’s Bafana Bafana and playing in the Caf Champions League as a regular.

Coach Pitso Mosimane continuously raves about him and says he wants to turn him into a millionaire by providing a platform for him to secure a European contract just as he did with Bongani Zungu‚ Keagan Dolly and Percy Tau before him.