Premiership champions Sundowns continue to search for that winning feeling 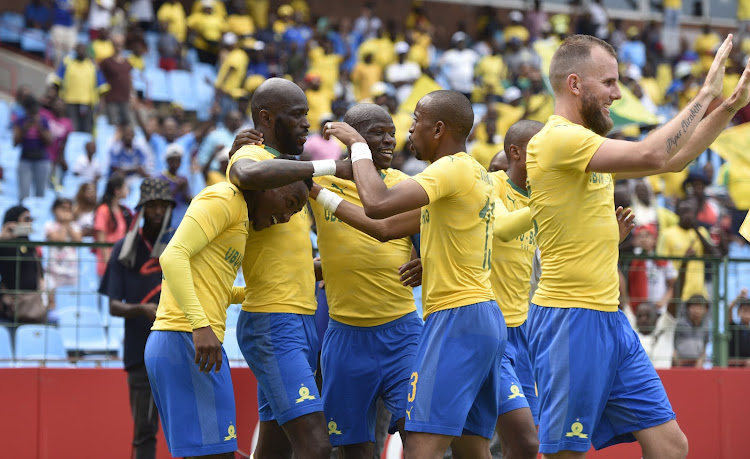 Mamelodi Sundowns may have picked up a deserved Absa Premiership trophy win in 2018‚ but it was in many ways also a frustrating year for the most expensively-assembled squad in South African football history.

The Brazilians coasted to the league title in the end‚ and were easily the most consistent side through the 2017/18 campaign‚ finishing as the leading scorers and with the third-best defence.

They won by five points in the end‚ beating Orlando Pirates into second place‚ but their superiority was arguably greater than that with Kaizer Chiefs a distant third some 12 points behind.

They have continued their good form into the 2018/19 season and are the only side unbeaten at the turn of the year‚ but with five wins and seven draws they have not had the same dominance.

The reason for that largely has to do with the striking positions.

The loss of Khama Billiat on a free to rivals Chiefs was a real blow for the side‚ not helped by the lack of goals from New Zealand forward Jeremy Brockie.

Brockie has begun to find the back of the net in Caf Champions League competition‚ but still only has one league goal in over 15 months.

Added to that has been the time it has taken Venezuelan forward Jose Ali Meza to settle in at Chloorkop after his expensive arrival that was supposed to negate the loss of Billiat.

He has two goals in the Champions League but none in South African domestic football‚ which has left Gaston Sirino and Lebogang Maboe as the two chief scorers for Sundowns in the second half of the year.

It is their biggest area of concern and led to an embarrassing group stage exit in the 2018 Champions League‚ when they lost 1-0 at Port Togo and were held 0-0 at home by Guinea side Horoya FC‚ matches they should have won comfortably.

The rest of the side looks solid and the return to fitness of defender Rivaldo Coetzee after more than a year out is a major boost for coach Pitso Mosimane.

But despite their incredible depth of talent and league victory‚ Sundowns did not enjoy a good year in the cups‚ with surprise exits at the hands of Maritzburg United (Nedbank Cup) and Baroka FC (Telkom Knockout)‚ and a loss to Cape Town City over two legs in the MTN8 earlier this campaign.

While Mosimane will rightly point to a punishing schedule that involved 12 matches in the Champions League in 2018‚ he will know too that the return on the domestic cup front was not good enough.

Sundowns’ last domestic cup victory came when they lifted the Telkom Knockout in 2015‚ a poor run that has been masked by two league championship victories since and the ultimate prize‚ the Champions League‚ in 2016.

But it will no doubt be a major aim to improve on that record in 2019 and with the African club competition having now switched to an August-May season‚ it will give the Brazilians a greater chance to do so by giving them a first real off-season in many years.

Mamelodi Sundowns and Orlando Pirates could be drawn in the same group on Friday when the Confederation of African Football (Caf) conduct the draw ...
Sport
3 years ago

The Absa Premiership has reached the halfway mark and pacesetters Bidvest Wits are perched at the summit with a three points lead. Gavin Hunt’s men ...
Sport
3 years ago
Next Article