Mamelodi Sundowns fretting over the fitness of Themba Zwane 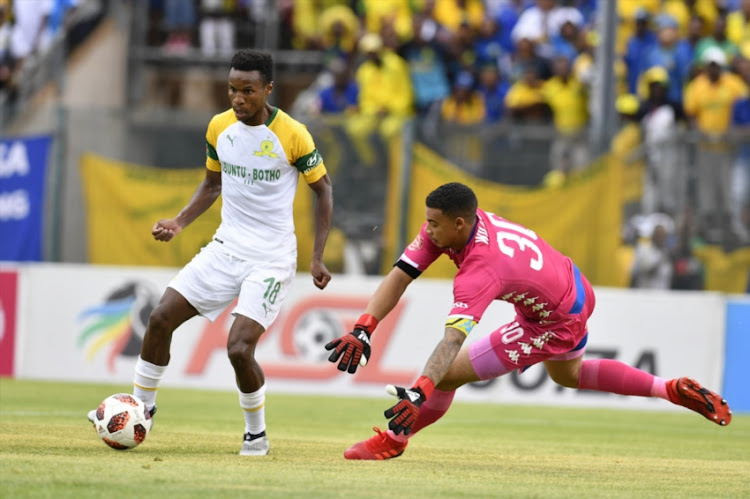 Themba Zwane of Mamelodi Sundowns try score a goal while Ronwen Williams try to save it during the Absa Premiership match between SuperSport United and Mamelodi Sundowns at Lucas Moripe Stadium on December 02, 2018 in Pretoria, South Africa.
Image: Lefty Shivambu/Gallo Images

Mamelodi Sundowns assistant coach Manqoba Mngqithi is fretting over the fitness of midfielder Themba Zwane ahead of the all-important Caf Champions League first round second leg clash against Libyan side Ahli Benghazi at Loftus on Saturday.

Zwane’s last appearance was in the Champions League preliminary round match against Leones Vegetarianos on December 5. He missed Sundowns' Absa Premiership goalless draw against Baroka FC and the first leg encounter against Al-Ahli Benghazi.

“The only player who I can say is doubtful is Mshishi (Zwane) but we will see how he feels later in the week and take a decision.

"He is an important part of our system but we have other players who have stepped up to fill his place over the past few games he was not available‚” said Mngqithi‚ who is preparing the team in the absence of Pitso Mosimane.

Mosimane is attending a Caf Pro Licence course in Morocco with some of the leading coaches on the continent and he is only expected back in the country on Friday.

Mngqithi has taken charge of the team in Mosimane’s absence just he did he did in October ahead of the Telkom Knockout first round where the Brazilians beat Bloemfontein Celtic 1-0 at Lucas Moripe Stadium.

Though Zwane is doubtful‚ Mngqithi is confident that Musa Lebusa‚ Rivaldo Coetzee and Gaston Sirino will be available to face the Libyans after they were laid low by flu.

The Downs coach is also hopeful that Ricardo Nascimento and Anthony Laffor will recover minor niggles.

“The rest of the players should be available for selection because flu and minor knocks are not that serious‚" he said.

"We have prepared ourselves very well and we have made the players to fully understand that this is a tricky match because they want it as much as we do.

“They are coming here with confidence because they know that an away goal will make things difficult for us.

"But we are prepared for anything that they are going to throw at us.

"We are focusing on our preparations and the good thing is that we have played against them‚ so we know exactly what to expect.

"In the first leg it was not that easy because we did not know much about them.”