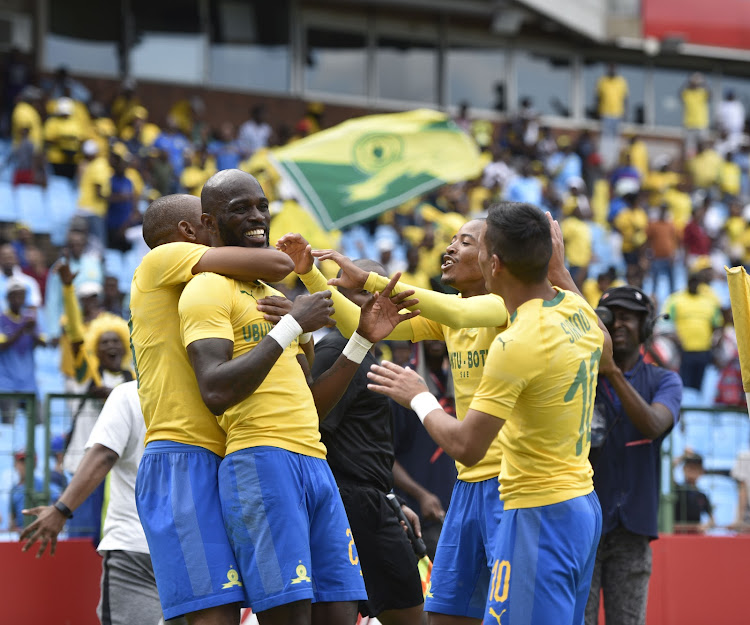 The only surprise in this lively Caf Champions League tie was that the score only ended at 4-0 for Mamelodi Sundowns.

The Brazilians could have buried this featherweight Libyan side by an avalanche of goals as they missed numerous clear cut chances in a match they completely dominated to progress to the group stage of this tournament for the fourth season running.

It also boggles the mind that Sundowns returned from the first leg in Egypt last weekend without scoring, leaving them with a tricky situation of having to win at all costs at home which they duly did without moving into high gears.

Sundowns, who were prepared by assistant coach Manqoba Mngqithi in the absence of Pitso Mosimane who was attending a Caf Pro Licence course in Morocco this week, goes to the Christmas break with the knowledge that they will be in the draw on Friday.

Mosimane will take Sundowns to the next stage where he will continue with the mission of recapturing the trophy he won in 2016.

Ahli Benghazi did not offer much resistance or answers to the many questions that Sundowns asked them and on the evidence of their poor performance in Pretoria, they did not deserve to progress to the next round.

Though this victory should be credited to Sundowns for their team performance, it is fitting to make special mention of Anthony Laffor, who was making his first start since August, and the ever impressive Gaston Sirino as they stood heads and shoulders above the rest.

Laffor and Sirino scored a goal each and also assisted as Sundowns made light work of this Libyan side which clearly did not have enough in their armoury to trouble the Brazilians who did not want to waste an opportunity of going through.

Sundowns nearly opened the scoring after thirteen minutes when the effort of striker Jeremy Brockie hit the upright after he connected with a telling cross from Sirino with Ahli Benghazi goalkeeper Riza Aboubaker beaten.

Three minutes later, Anthony Laffor, who was making a rare start, failed to punish the visitors from inside the box after Lyle Lakay delivered a dipping cross from the left flank.

The Brazilians had a better start to the game where they dominated Ahli Benghazi and another chance went begging just after the half hour mark when Ricard Nascimento’s watched in agony as his pin-point header saved Aboubaker.

Finally, the Brazilians got it right in the 34th minute when influential midfielder Sirino tapped home from the six yards box for the opening goal after Anthony Laffor supplied the cross.

A few minutes later, Laffor could have increased Sundowns’ lead but he forgot the basics of finishing as he chose to balloon the ball over the crossbar while picking a spot and beating Aboubaker in goal for Ahli Benghazi seemed a better option.

The Brazilians went to the break with a healthy 2-0 lead after Ahli Benghazi defender Ramadhan Omar helped the ball into his own net in the 43rd minute after Brockie connected with the ball in the box.

Sundowns increased their advantage five minutes after restart when Laffor found the back of the net with a low shot after he was released by a long pass by Sirino as they took control of this match.

In the closing stages of the game, Mosimane rang changes including Ali Meza and the Venezuelan import did not waste the opportunity as he nailed the fourth goal with a low shot that gave Aboubaker no chance.

Substitutes Pule Ekstein scored twice as Kaizer Chiefs claimed a 3-0 victory over Madagascan side ASSM Elgeco Plus to advance past the second round ...
Sport
3 years ago
Next Article