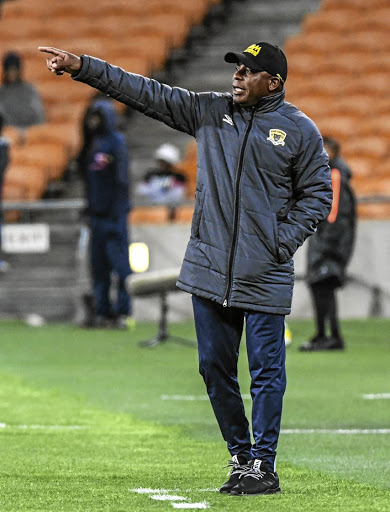 A trip to the Mother City may evoke emotions for new Chippa United coach Joel Masutha as he begins his tenure at Chilli Boys with an Absa Premiership clash against Cape Town City at Athlone Stadium (7.30pm).

His last trip to Cape Town proved the final nail in the coffin for his Black Leopards stint when the Benni McCarthy-coached side hammered Lidoda Duvha 3-1 exactly a month ago. A day later, Leopards sacked him.

Having replaced Eric Tinkler nearly a fortnight ago, Masutha is not thinking about revenge.

The Chippa tactician admits winning his first game in charge would be massive in setting an optimistic tone for his spell at the Port Elizabeth-based outfit.

"Each and every coach wants to start on a high but it's not about revenge against City," said Masutha.

"Yes, City were the last club I played against before I was sacked at Leopards, but it's not about myself.

Chippa tells why he axes his coaches

Chippa United boss Chippa Mpengesi says he is often forced to drop the axe on coaches in order to protect the club's R70m valuation. As had been ...
Sport
3 years ago

"I've seen that my players are willing to fight for each other, so we aim to win tomorrow [today]. After not winning for a long time, getting the maximum points would be a turning point."

On a lighter note, Masutha said he was still in possession of the match notes he took against City when he was still at Leopards. The Chippa coach also praised McCarthy for the brand of football the Citizens play.

"I still have the notes of that match . so we have prepared well for City. Just like us, they play a typical SA football of keeping the ball."

Chippa are known for their impatience with their coaches. The club has already fired Dan Malesela and Tinkler since the start of the season.

However, Masutha remains confident of surviving both relegation and the owner's axe.