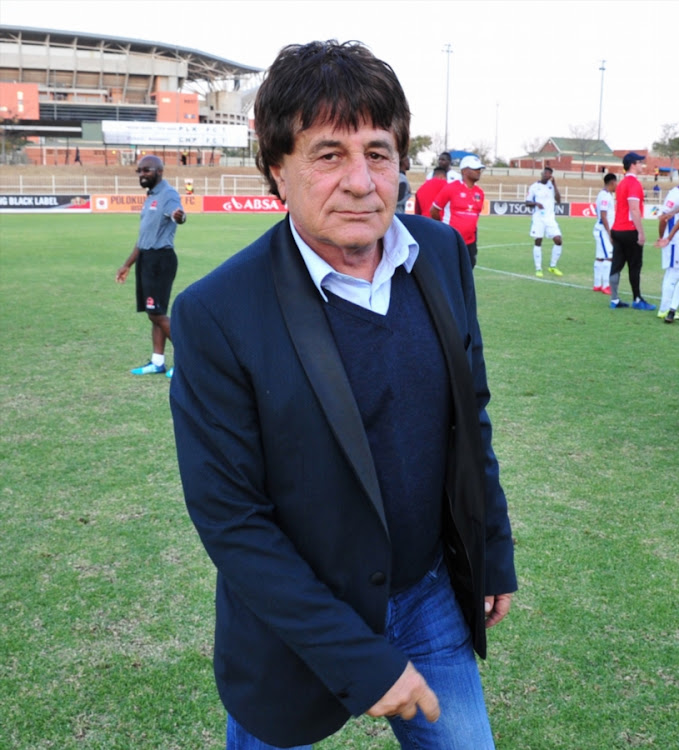 Chippa United chief executive Peter Koutroulis, pictured here in Polokwane during the Absa Premiership encounter away against Polokwane City at the Old Peter Mokaba Stadium in May 2018, is reportedly on his way out of the club.
Image: Philip Maeta

Peter Koutroulis is believed to be on his way out of Chippa United as technical director‚ following in the heels of coach Eric Tinkler’s departure.

TimesLIVE is informed that as part of restructuring of management at the Port Elizabeth club‚ Koutroulis and his wife‚ Maria‚ who was employed at Chippa as administration manager‚ are set for a departure.

One media report has been that Koutroulis has been fired.

Strangely‚ though‚ Chippa chief operations officer Lukhanyo Mzinzi could not confirm whether Peter and Maria Koutroulis were still employed.

“I cannot confirm or deny that [that the Koutroulises have left].

"However‚ as a club‚ for a number of weeks now‚ we have been having numerous meetings about restructuring – particularly management and the administrative staff‚” Mzinzi said on Tuesday afternoon.

“Now‚ we are in that process. So as a club we can’t confirm who is there and who is not there‚ or who will be part of that restructuring.

“But in due course we will be releasing a statement about that.”

Chippa confirmed the firing of their second coach this season with the news on Sunday that Tinkler had been axed.

This followed a run of six matches without a win for the former Bafana Bafana midfielder‚ after he had started with two wins from his first four matches.

At the time of his axing in August‚ Malesela was vocal in his opinion in the media that Koutroulis had been behind the decision to replace him with Tinkler.

Chippa remain floundering in second-last place in the PSL.

Joel Masutha has been given until the end of the season to prove he can change the fortunes of Chippa United‚ but says he has enough quality in the ...
Sport
3 years ago
Next Article