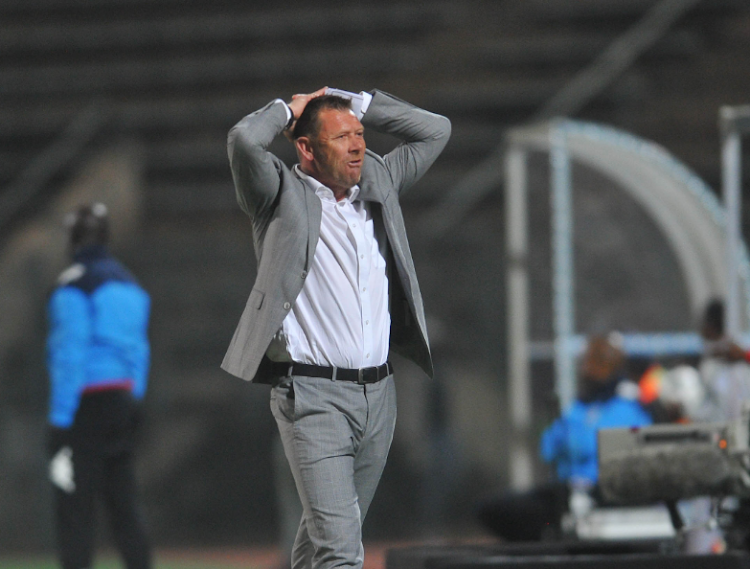 Tinkler became another coaching victim at Chippa with the club confirming on Sunday afternoon he had been fired.

The former Bafana Bafana star will make way for Masutha  with immediate effect.

Club boss Siviwe Mpengesi confirmed Tinkler had parted ways with the Chilli Boys but claimed he had not been fired.

"Eric Tinkler is no longer our coach.

"He was not fired it was just a mutual agreement‚" said the chairman.

However‚ when asked who came up with the idea‚ Mpengesi said he could not comment‚ saying they were in the process of restructuring the team so more changes are expected.

Tinkler becomes the second coach to be fired before the Christmas break after Dan Malesela’s axing  earlier in the season.

Earlier on Sunday morning‚ news of Tinkler's axing did the rounds on social media but the club’s chief executive officer Peter Koutroulis said he had no knowledge of any dismissal.

The news of Tinker's sacking comes after the team’s 1-0 loss to AmaZulu at Nelson Mandela Bay Stadium in Port Elizabeth on Friday.

The former SuperSport United mentor's departure at Chippa has come as no surprise considering Mpengesi’s notorious trigger finger when it comes the hiring and firing of coaches.

Earlier this season‚ he fired Malesela  for non-performance after just three matches.

Chippa United next play Cape Town City away at Athlone Stadium on December 11.